Investors are inundated with regular updates on major indexes by financial news headlines. But digging a layer deeper into relative sector performance reveals valuable information on market sentiment and evolving investor strategies. This has been especially true in the unique and volatile conditions during 2020.

Ignoring these signals can lead investors into a false interpretation of market dynamics, and those sorts of mistakes can wipe out gains or obscure opportunities. These hidden messages can illuminate our position within a market cycle, which is important for executing periodic reallocation that is designed to lock in gains, increase exposure to previously lagging sectors, and limit downside exposure, thereby maximizing long-term gains.

COVID spooked everyone, at first

The market swoon in February and March was broad-based, with no sector completely spared. The energy sector pulled hardest on the S&P 500 due to tanking global oil prices. Economic concerns, especially regarding the stability of large energy and industrial companies, also drove negative performance in the financial sector.

Meanwhile, healthcare and technology stocks were relatively less impacted because investors expected operations to be closer to normal for these companies. Ultimately, the first-quarter drawdown was universal, and very specific catalysts explained why some sectors did better or worse than others. Pessimism was systemic, and investors were taking risk off the table, in general. 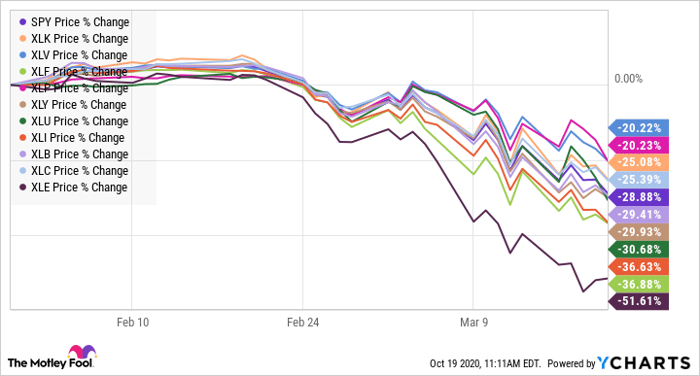 The market's historic rebound reflected a huge reversal in investor sentiment. The Fed's aggressive action, substantial fiscal stimulus, and positive developments in science and medicine related to COVID-19 all contributed to a rapid market recovery through September. The rebound pushed markets back to all-time highs, but the good times were not shared equally among all sectors. 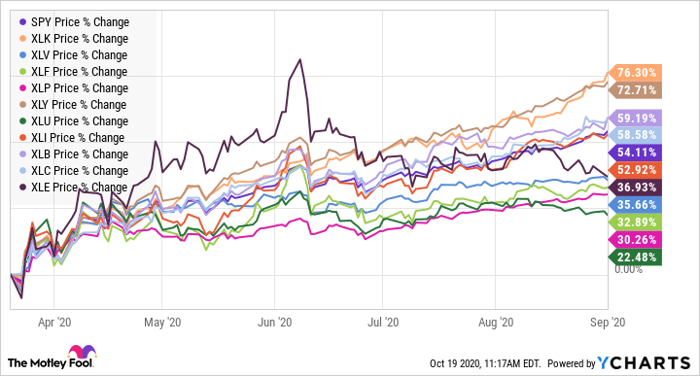 From March 21 through Sept. 1, the S&P 500 climbed 54%. It was buoyed disproportionately by the tech sector's 76% rise and the consumer discretionary sector's 73% rise. These are staggering figures for a six-month span.

Meanwhile, utilities gained a comparatively paltry 22%. Consumer staples returns totaled 30%, compared to financials' 33%, healthcare's 36%, and energy's 37%. This was a clear move in favor of risk and growth, and it wasn't merely an adjustment to the prior downturn. 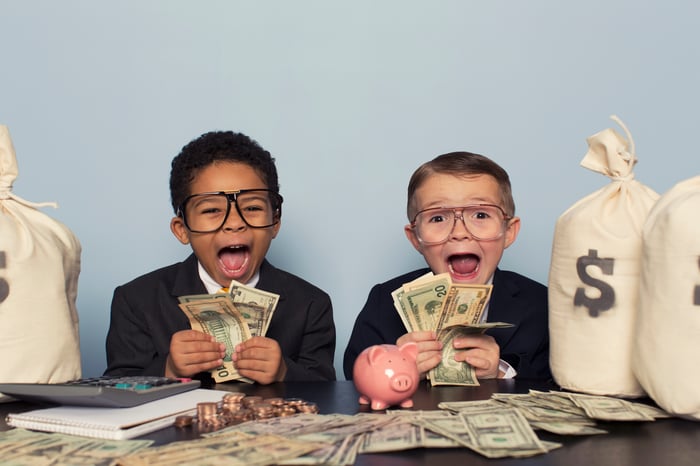 Consumer discretionary is a highly cyclical sector that's dependent on disposable income and consumer sentiment. In the midst of an employment crisis and total uncertainty on the medium-term social and economic behavior, it's a remarkable vote of confidence by investors on this sector to outperform. Despite holding up relatively well in the drawdown, tech still led the charge back upward, even as simple valuation metrics climbed above historical average levels.

These were disproportionately volatile growth stocks that carry excess downside risk during bear markets, yet investors piled aggressively into these positions. Meanwhile, the less cyclical stocks and dividend payers fell by the wayside. These were unambiguous signals of confidence in the resilience of the U.S. and global economies.

Some clear signals and some mixed signals

The unrelenting market climb abated in September, and the past two months have been characterized by a modest adjustment followed by a bounce. But the headline S&P 500 moves don't reveal the full picture of evolving investor behavior.

The S&P 500 netted a 1.7% loss over that seven-week span. Energy was again a laggard, but that's always going to be tied to prevailing global oil prices rather than global economic conditions. Notably, technology and communications were among the sectors that pulled S&P performance downward. Utilities, a classic defensive play for stable performance and dividend returns, surged 8.9%.

These recent developments indicate a change in risk tolerance. Facing an uncertain future and rich valuations, investors were taking gains off the table and moving into defensive positions. 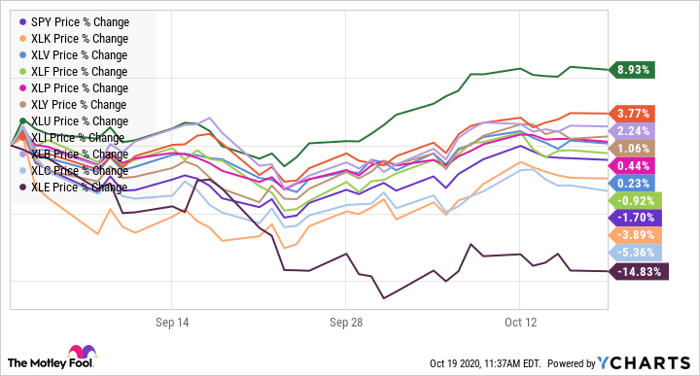 Interestingly, the rotation away from risk hasn't followed the traditional cyclical model. Industrials and materials, which should suffer in an economic downturn, were among the best performers. Having outperformed the S&P over the preceding six months, these two sectors' recent strength wasn't simply a rebound from prior weakness. Consumer discretionary has also modestly outperformed consumer staples, which should not be happening in times of doom and gloom. There seem to be divergent expectations among investors regarding the direction of economic growth, but uncertainty and momentum fatigue are apparent.

The underlying strategies that dictated market performance in 2020's great bull charge have clearly changed. Investors are no longer aggressively assuming risk in high-growth stocks, and more attention is now being paid to fundamentals and downside protection.

Times of uncertainty and volatility create opportunity, but cautious investors should heed the evolving signals being sent by the market. The market is forecasting changing conditions, and these are usually the right times to sharpen pencils, rotate, and confirm an appropriate allocation across sectors.