The German footwear giant has been struggling throughout the pandemic, but brighter days could be ahead.

Those headline numbers initially seem terrible, but could Adidas' stock still be worth buying if we look past its near-term pandemic headwinds? 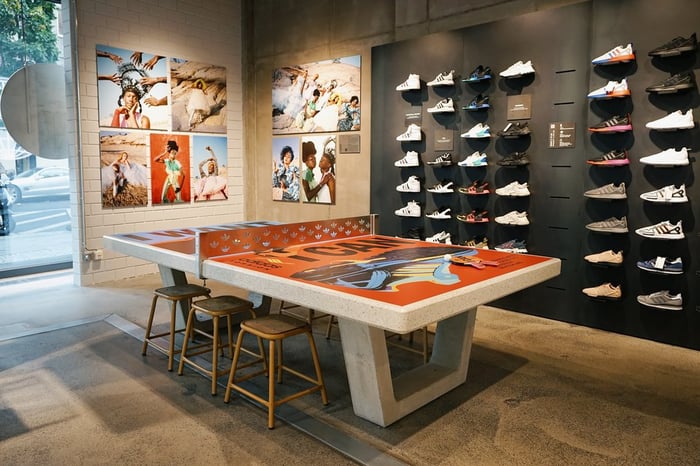 Adidas also reduced its inventories 10% sequentially in the third quarter, but focused on maintaining a "profitable sell-through and disciplined wholesale sell-in" instead of widespread clearance sales.

UA's gross margin declined 140 basis points sequentially to 47.9% in its third quarter, which ended on Sept. 30, as it heavily discounted its products throughout the pandemic. Nike's gross margin rose 750 basis points sequentially to 44.8% during the first quarter of 2021, which ended on Aug. 31, but it was still weighed down by big discounts and high supply chain costs.

But a second wave of infections could derail that recovery

For the fourth quarter, Adidas expects a "low to mid-single-digit" year-over-year revenue decline in constant currency terms. That guidance looks stable, but Adidas also warned that the new wave of COVID-19 infections already reduced its global store opening rate from 96% at the end of September to 93% in early November. 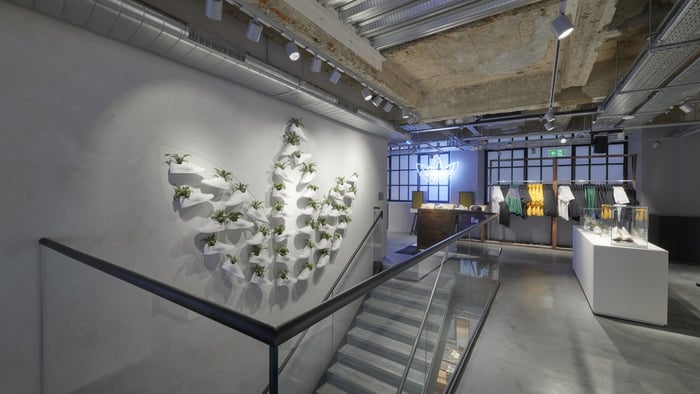 It also noted "stricter social distancing guidelines" were having an "adverse impact" on its store traffic, especially in Europe -- which accounted for 29% of its third-quarter sales. It also faces a tough comparison to the prior year's fourth quarter, when sales of its new UEFA Euro 2020 merchandise and early shipments ahead of the earlier Chinese New Year holiday boosted its total sales in China.

Even though Adidas faces a difficult comparison in China, it expects the market to "return to growth" in the fourth quarter. That would be good news for the Asia-Pacific region, which accounted for 31% of its top line in the third quarter.

Assuming countries don't implement any major lockdowns and its store opening rate stays above 90% without a further slowdown in traffic, Adidas expects to generate an operating profit of €100-€200 million ($118-$170 million) in the fourth quarter, compared to an operating profit of €245 million a year ago, as it focuses on "disciplined" sales instead of aggressive promotions.

Adidas is also reportedly exploring a sale of Reebok, which generated 7% of its sales last quarter and remains much weaker than its core brand. Divesting Reebok could streamline its business and boost its profits.

Looking beyond the COVID-19 crisis

Adidas' revenue and earnings will likely decline by the double digits this year, and it's difficult to tell if a second wave of COVID-19 infections will disrupt its recovery next year.

However, Adidas and Nike grew at comparable rates over the past several years, and both companies easily outperformed Under Armour. Adidas' gross and operating margins remain broadly stable, and its growth should stabilize and accelerate again after the pandemic ends.

That's probably why Adidas' stock remains up about 3% this year, even as its revenue and profits tumbled over the past three quarters. Adidas' stock has already rallied about 250% over the past five years, but its future remains bright. Investors who buy this stock today should brace for a few more rough quarters, but they should reap bigger profits over the long term.