Shares of Chinese electric vehicle (EV) maker Li Auto (NASDAQ:LI) were at session highs, up 20%, as of 11:15 a.m. EST today. The company will report its quarterly earnings tomorrow, but recent data on Chinese EV sales has investors anticipating sharp growth. 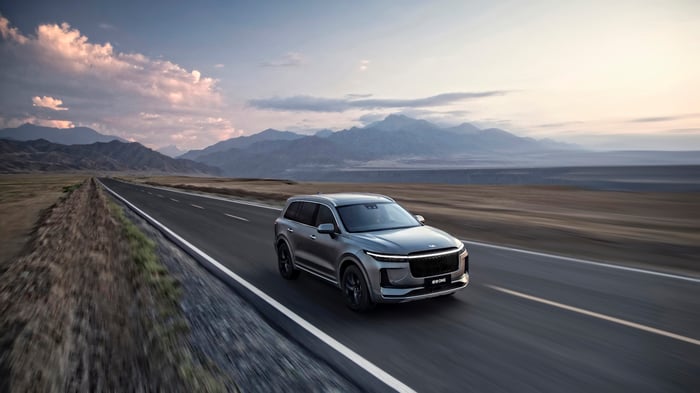 Li Auto reported last week that it delivered a total of 8,660 vehicles in the third quarter, including 3,692 of its Li ONE in October, which it called a "steady increase" over September. It also said it received a record number of orders in October.

Other Chinese EV automakers are echoing that growth. NIO (NYSE:NIO) reported it doubled its EV deliveries in October, compared to 2019. Year-to-date through October, NIO said deliveries are up 111% to 31,430. In its first quarterly report as a public company, XPeng (NYSE:XPEV) said its third-quarter vehicle deliveries jumped 266% compared with the prior-year period. Shares of Xpeng and NIO were also surging today.

Li Auto continues to grow its network. As of Oct. 31, the company had 41 retail stores across 36 cities. It said it plans to continue strengthening its direct sales and servicing network as it increases its presence in China.