A speculative investment if ever there was one, Virgin Galactic (NYSE:SPCE) stock fell earthward on Monday, following a company announcement on its upcoming test space flight.

That flight was to take place between this coming Thursday and the following Monday in New Mexico. However, due to new restrictions imposed by the state's government to mitigate the spread of the coronavirus, Virgin Galactic is delaying the event. It said this decision was taken in consultations with New Mexico officials.

The company added that it is "minimizing its operational footprint" in the state; its operations are based in the Spaceport America facility located in the Jornada del Muerto desert basin. 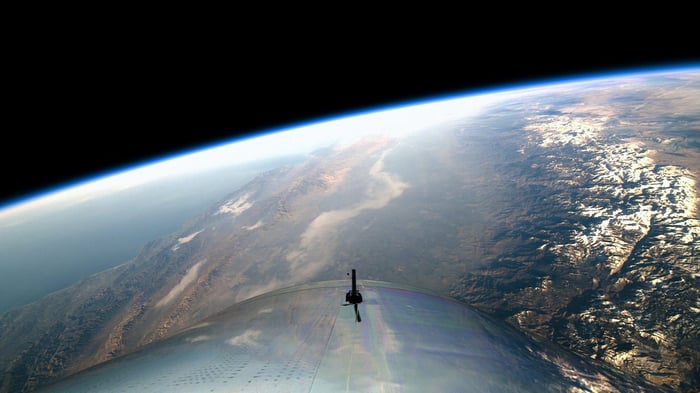 "While these new restrictions cause us to adjust our flight schedule, we take this pause in stride and will be prepared to resume our pre-flight procedures and announce a new test flight window as soon as we can," Virgin Galactic quoted CEO Michael Colglazier as saying. "Our team members at Virgin Galactic, our Future Astronauts, and our fans around the world remain incredibly excited for our upcoming spaceflight."

The company did not speculate on when the delayed space flight might occur.

The flight was one of two designed to gauge the viability of its planned commercial-passenger service. Virgin Galactic has not yet ferried any passengers, nor has it sold any tickets for space flights.

Investors expressed their displeasure at the delay by trading the company's stock down by just over 6% on Monday. In sharp contrast, the S&P 500 index rose by 1.2% to hit a new all-time high.