Microsoft (NASDAQ:MSFT) today announced a new chip designed to address and minimize potential security issues at the processor level. The Pluton chips are meant to protect devices from tampering at the hardware level and were designed as part of a partnership with processor makers Intel, Qualcomm, and AMD.

Upcoming devices that feature Microsoft's Pluton chip should be more difficult for hackers to crack and extract sensitive information from -- even if the bad actors have physical access to the device. Variations of the Pluton chip have previously been used in the company's Xbox One console to prevent password theft and running pirated software. They've also been used to protect Internet of Things devices connected through the company's Azure Sphere cloud service. 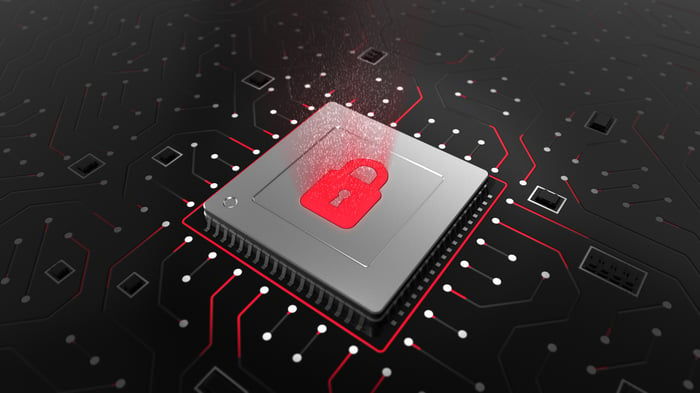 Microsoft is best known for its software and cloud services, but the company has also been building up resources and making a big push into designing its own custom semiconductors. The company's efforts into designing chips are happening at the same time many other large tech companies are also devoting more resources to designing their own chips to achieve better performance for cloud computing and artificial intelligence applications. Companies including Apple, Facebook, Alphabet, and Amazon have ramped up in-house designs of specialized chips in recent years, and some of these are showing up in consumer-level devices that used to rely solely on third-party semiconductors.

With leading tech companies developing specialized processors and chips for enterprise and consumer use, it's not surprising to see Microsoft working on chips that can provide added protections at the hardware level. Microsoft probably won't generate much revenue from its Pluton chips, but providing tighter integration between device hardware and Windows software could lead to improvements in security and firmware updating that bolster the appeal of the company's operating system.