Walt Disney (NYSE:DIS) announced a major expansion of its Disney+ service today, making scores of highly popular series and programs available to viewers in the Caribbean and Latin America for the first time. After a limited-time free seven-day trial, most subscribers will pay the equivalent of $5 to $6 in U.S. currency per month, or around $50 to $60 per year. Some countries will see higher fees, such as Uruguay, where subscribers will pay $7.49 monthly or $74.99 annually.

The hit series The Mandalorian, set in the Star Wars universe and featuring an armored bounty hunter and his young green sidekick, heads the list of offerings, and 40 other series and programs from Disney's regular lineup will also air on launch or in the coming weeks and months. Seventy series and programs produced locally in Brazil, Argentina, and elsewhere are also to be added or are in development in partnership with Disney. 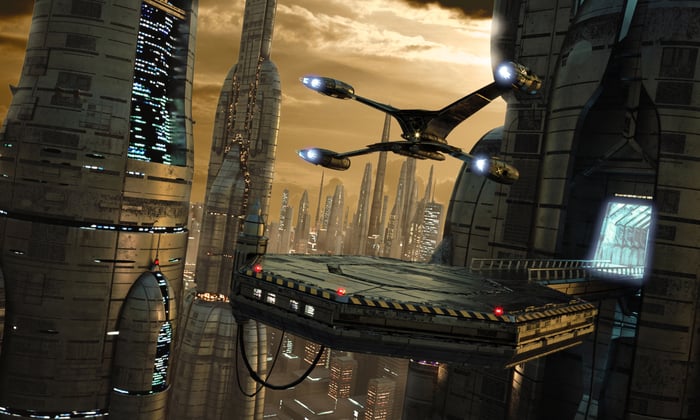 Disney+ has experienced red-hot growth during the pandemic lockdowns and recently attained 73.7 million subscribers, putting Disney almost four years ahead of its planned growth schedule, according to CBR. The company originally projected reaching between 60 million and 90 million subscribers by 2024.

Disney's focus on Disney+ and other online and streaming content helped the company maintain momentum despite theme park shutdowns amid the novel coronavirus pandemic. While pent-up demand could yield big profits after a viable COVID-19 vaccine is released, the extension of California business closures ordered by Gov. Gavin Newsom in response to increasing cases contributed to an ongoing reduction costing the entertainment giant $1.1 billion in lost park revenue during the fourth quarter, USA Today reports.