News that Pfizer and BioNTech had discovered a coronavirus vaccine that was more than 90% effective sent shockwaves through the market last week. News over the weekend that Moderna also had a highly effective vaccine nearing approval for distribution added more power to that shockwave. "Recovery stocks," including those in consumer discretionary, energy, and banking sectors soared, while tech stocks, especially the big coronavirus winners known as "stay-at-home" stocks, fell on the news.

The announcement signaled a fundamental shift in the market psychology that has defined the pandemic era, as it now seems clear that the pandemic will have a definitive end and one that could come as soon as April. Dr. Anthony Fauci, the Director of the National Institute of Allergy and Infectious Diseases, estimated that the vaccine could be widely available to Americans by April, with healthcare workers getting access as soon as December.

Of course, with daily coronavirus cases at record highs, the pandemic and its impact on businesses are likely to get worse before they get better. But investors should be preparing for a post-pandemic world, and Disney (NYSE:DIS), after its latest earnings report, seems primed to be among the biggest winners. 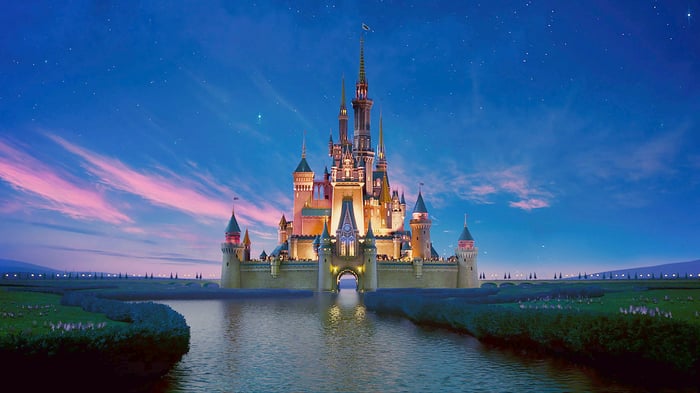 The results from Disney's fiscal 2020 fourth-quarter earnings report last week show a company managing its way through the crisis and beating expectations, even with significant revenue declines and moderate losses on the bottom line. In the fourth quarter, revenue fell 23% year over year to $14.7 billion, ahead of estimates of $14.2 billion, and the company posted an adjusted loss of $0.20 per share, down from a per-share profit of $1.07 a year ago, but better than the consensus per-share loss estimate of $0.71.

However, the report and the earnings call that followed shed light on some of the reasons why Disney looks so well-positioned for the recovery era.

Disney+ is a juggernaut

Disney+, the family-friendly streaming service that carries content from brands or studios like Pixar, Marvel, Disney Studios, Star Wars, and National Geographic, just marked its one-year anniversary, and Disney investors have about 73.7 million reasons to celebrate. That's how many subscribers Disney+ had at the end of the fourth quarter. The service, which has gotten assists from partners like Verizon and Hotstar, has smashed Disney's own expectations, as the company had forecast having 60 million to 90 million subscribers by 2024. It only took the company a year to do what it thought would take five, and it already has more than a third of the global subscribers of rival Netflix.

The success of Disney+ has led the company to restructure its business so it can streamline investments in the streaming service. It's separated its content and distribution departments to avoid competition between outlets like media networks, movie theaters, and its streaming division. It's also experimenting with premium video-on-demand, such as it's direct-to-Disney+ release of Mulan, which CEO Bob Chapek said showed "very positive results" before controversy arose due to its being filmed in the Xinjiang province, where Muslim Uighurs have been put into concentration camps.

While Disney+, like other streaming services, has benefited from the pandemic and its stay-at-home effect, the service should continue doing well, even after the crisis ends. Management noted that its library of legacy content helps it minimize churn, and with an average revenue per user of only $4.52, the service is an undeniable bargain, though Disney may soon raise prices.

With the success of The Mandalorian, the company has also shown an ability to create popular original content for Disney+, as streaming-aggregator Reelgood reported that Season 2 of The Mandalorian grabbed a 5.7% share of the audience in its opening weekend, about equal to Season 3 of the hit Netflix show Stranger Things.

Finally, it's clear that Disney+ is fully capable of driving the stock to a higher earnings multiple from investors, meaning the stock will rise even without earnings growth. Chapek said, "And we will be heavily tilting the scale from linear networks over to our DTC [direct-to-consumer] business as we see that, as we said in our opening comments, our primary catalyst for growth as a company."

As the company invests more content in Disney+, the service will get better and continue to grow its subscriber base.

Pent-up demand will be huge

Outside of streaming, many of the activities that have been restricted during the pandemic are at the core of Disney's business. Movie theaters have been closed for much of the crisis or only open with limited capacity. The same is true for Disney theme parks. Many organized sports events that ESPN relies on for its content were canceled for the initial months of the crisis. Even now, a number of games are being canceled and/or postponed, and seasons are being played off their usual schedule and without crowds. As Chapek noted on the earnings call, fans can't even watch games communally as most prefer to do. All of these reasons seem to account for a decline in ratings this year.

Still, pent-up demand for these activities, especially travel and those that allow people to gather together, is likely to explode when the pandemic is over, and there are already signs that Disney will benefit from this. At Walt Disney World, park reservations for the current quarter are already 77% booked, and for its cruise business, Chapek said, "We're seeing extremely strong demand in the back half of fiscal-year '21 and all of '22 in terms of bookings."

In other words, Disney's theme parks are likely to see record attendance when the pandemic is over, and the same is true for the remainder of its experiences business, as well as things like movies and sporting events.

That all adds up to a company that's primed to thrive when the crisis ends. While no one knows when that will be for sure, Disney's business could be firing on all cylinders as soon as next summer. If that happens, the stock seems destined to follow suit.