In fallout from the epic battle that Fortnite creator Epic Games launched against Apple (NASDAQ:AAPL), the tech giant has agreed to slash in half the fees it charges developers for purchases made through its App Store.

Although Apple didn't couch the policy change in that manner, it seems the legal battle being waged by Epic Games and the congressional scrutiny that its fee policies have generated persuaded the company to cut its fee share from 30% to 15%. 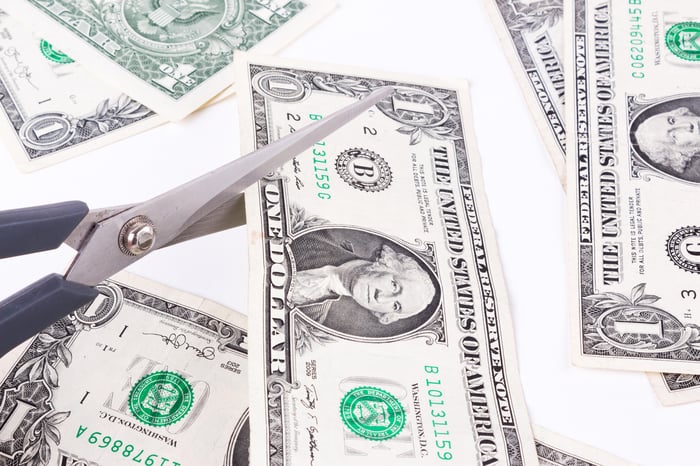 The new payment scheme will commence Jan. 1, but will only apply to small developers with less than $1 million in annual net sales on the platform. That means Epic Games, which analysts estimate is losing $27 million a month after Apple booted it out of the App Store, would still be liable for the higher fee.

Many developers object to Apple's cash grab, and a coalition of tech developers including Match Group and Spotify has formed to back Epic's challenge to the system.

The Fortnite creator developed a work-around within the game so that purchases made went directly to Epic Games and not Apple. When the tech giant caught wind of the attempt to bypass its payment system, it immediately banned it and Epic's Unreal Engine platform from the App Store.

A judge subsequently said Unreal Engine had to be restored because it was not party to the fee battle and the harm to third-party developers that use Unreal Engine was too great. But the judge said Apple could keep Epic Games and Fortnite off the platform.

Apple's fees have also been criticized as generating "supra-normal profits" by the House Judiciary Subcommittee on Antitrust.

There are some 28 million app developers registered with Apple, of which it says the "vast majority" will qualify for the new reduced fee.