Plant-based meat substitute company Beyond Meat (NASDAQ:BYND) is furthering its commitment to China by launching a brand-new product called Beyond Pork. The company, which announced the new product today, developed it specifically with Chinese consumers in mind, taste-testing it in China during development.

Beyond Pork is a plant-based minced-pork alternative, made with ingredients that include rice and soybeans. Chinese diners are getting their first taste of it in select restaurants in Shanghai through Nov. 24. 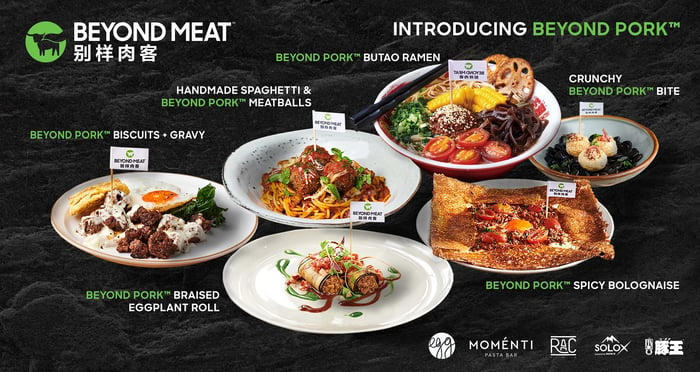 Beyond Meat entered China earlier this year, and the motivation for launching Beyond Pork is clear. Not only is China the world's most populous nation, but it also consumes more pork than any other country. According to the Organisation for Economic Co-operation and Development (OECD), Chinese citizens consume 31.1 kilos (almost 69 pounds) of pork per capita per year. Minced pork specifically is popular in the country.

China is experiencing a pork shortage due to African swine fever. First detected in China in 2018, the disease has ravaged China's pig herds, causing the wholesale price of pork to more than double over the past two years. So Beyond Pork is coming to the market at a time when Chinese consumers could be struggling to afford the meat they crave.

Beyond Meat's press release didn't include details on how soon the company could scale Beyond Pork production or its plans for widespread distribution. But it's clear that's the long-term goal for this growth company. In September, it announced it's opening a factory in Shanghai to better position itself in China.