This week, leading hedge funds and large holding companies are disclosing their buys and sells from the third quarter. Among the many notable investors disclosing positions was Berkshire Hathaway (NYSE:BRK.A) (NYSE:BRK.B), Warren Buffett's conglomerate.

Berkshire disclosed numerous trades during the quarter, including several buys in the healthcare space, a notable buy in Bank of America, and a notable trimming of Berkshire's giant stake in Apple.

However, perhaps the most interesting Berkshire trade of the quarter was a brand new stake in what is quickly becoming my favorite 5G stock. 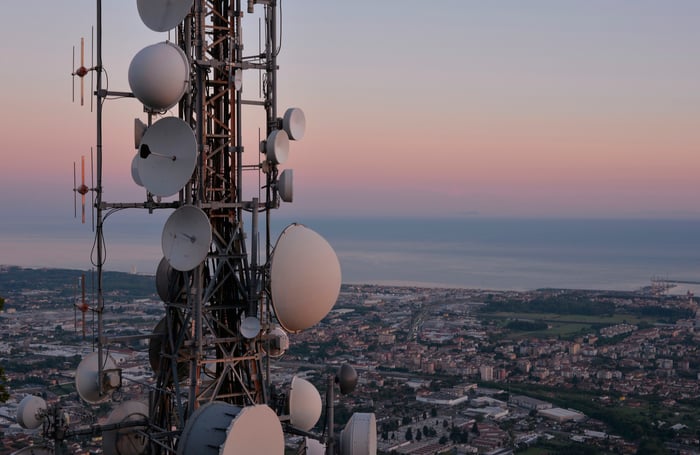 In its recent 13F filing, Berkshire revealed it bought T-Mobile US (NASDAQ:TMUS), scooping up 2.4 million shares worth about $276 million at the end of the third quarter and worth about $311 million today. By Berkshire's standards, it wasn't a huge purchase, occupying only the 33rd–largest holding in the Berkshire portfolio. That means T-Mobile was likely purchased by one of Buffett's younger lieutenants, Todd Combs or Ted Weschler.

T-Mobile doesn't look particularly cheap by conventional metrics at 34 times next year's earnings estimates. So, it may have seemed counterintuitive that a value investor like Berkshire would make a bet on T-Mobile's shares.

However, that valuation is a bit misleading. T-Mobile is still integrating networks and customer bases with Sprint, which T-Mobile acquired back in April. Over time, T-Mobile expects to reap $6 billion in synergies, though some analysts believe that number could eventually be higher.

Apparently, Berkshire has come to the conclusion that T-Mobile has such an advantage. Having recommended T-Mobile since the closing of the Sprint acquisition, I believe that "moat" comes from three different elements.

The first T-Mobile advantage is actually a network advantage. While T-Mobile had long had a lagging network relative to rivals, the Sprint acquisition brought along with it highly valuable 2.5 GHz spectrum. Together with T-Mobile's low-band 600 Mhz spectrum, which it purchased in 2017 for $8 billion, the formidable combination gives T-Mobile an early spectrum advantage in deploying 5G. Currently, T-Mobile has more low- and mid-band spectrum than AT&T and Verizon Communications combined. And T-Mobile is wasting no time cementing its coverage lead before rivals bid to gain more spectrum at the upcoming December spectrum auction.

At a recent conference, T-Mobile Chief Technology Officer Neville Ray said that T-Mobile already covers 270 million people and 1.4 million square miles with low-band 5G, dwarfing AT&T's 600,000 miles and Verizon's 400,000 miles of coverage. Low-band isn't the super-fast futuristic spectrum speed you read about, but it's still a leg up over 4G.

However, what's really exciting is T-Mobile deploying 2.5 GHz mid-band spectrum, which it forecasts will reach 100 million points of presence (PoPs) by the end of this year, and 200 million PoPs by the end of next year. In that same recent conference, Ray said that customers average about 300 Mbps on mid-band 5G right now, with the company targeting 400 Mbps exiting the year -- that's a material speed advantage over 4G LTE.

Besides a network advantage, a second T-Mobile advantage is the brand the company has cultivated over the past decade as the "Un-carrier," establishing itself as a lower-cost, more customer-friendly wireless company than the two incumbents. That brand power has been the secret sauce behind T-Mobile's rise over the past decade, and now with a superior network, it should only increase T-Mobile's stature going forward.

Finally, T-Mobile has a capital advantage over rivals, in that it doesn't pay a dividend. Sure, Verizon and AT&T shareholders likely enjoy their payouts very much, but as all three carriers are racing to deploy the best 5G network in the shortest amount of time, those dividends equate to billions flowing out of Verizon and AT&T's business every quarter -- capital which could be used to buy more spectrum, deploy more towers, or pay down debt. Since T-Mobile doesn't have to worry about those dividend payouts, it can be as aggressive as it wants in deploying 5G.

A lower-risk way to play 5G

T-Mobile's pole position in the 5G races means it has a good shot of stealing market share in the years ahead. And as a recession-resistant, subscription-based business model, it's a highly defensive way to play the growth of 5G wireless over the next decade. Despite its recent gains, T-Mobile's growth runway still looks significant, even near all-time highs. No wonder Berkshire scooped up some shares last quarter.