The Invesco QQQ Trust and the Vanguard S&P 500 ETF are both reputable and popular funds that track major market indexes. Many investors hold both funds and face decisions about how to allocate between the two.

There is some overlap between the two ETFs, but they ultimately have different characteristics and historical performance that would make each better suited for different roles in a portfolio. Which is the better buy depends entirely on what an investor is hoping to accomplish.

These ETFs are reputable and similar in several ways

QQQ and VOO are both high-quality funds, and they are similar in many ways. Both have over $100 billion in assets under management, and both have relatively low expense ratios. There is also substantial overlap in holdings, with the two funds sharing Apple, Microsoft, Amazon, Facebook, and Alphabet among their top 10 largest positions. QQQ and VOO are both highly liquid, with 0.01% average spreads high daily trading volumes.

Allocation has led to differing performances

The key differences between the two funds are concentration and diversification, which has caused performance to diverge over the years. QQQ tracks the non-financial stocks that make up the NASDAQ-100 Index, whereas VOO is meant to track the S&P 500.

As a result, QQQ is much more heavily exposed to the tech sector and large-cap growth stocks. More than one-third of VOO's assets are allocated to the tech sector; QQQ nearly doubles that. VOO has approximately five times as many holdings, the top five of which comprise less than 20% of the total portfolio. QQQ's top three holdings make up 35% of the total allocation, and the top five are almost 45%. 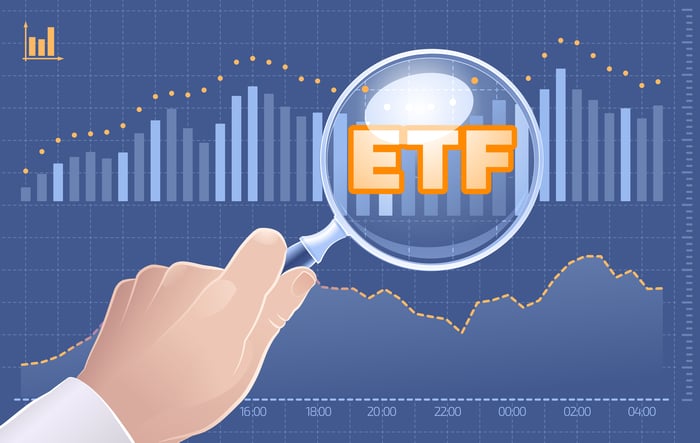 A high concentration in tech and growth stocks leads to more volatility and higher upside. Since QQQ's inception in 2010, the fund has returned 536% through a historic, sustained bull market, compared to VOO's 228%. Through a volatile, yet positive, 2020 to date, QQQ has also outpaced Vanguard's flagship S&P ETF by 25 percentage points on the back of its biggest tech holdings. 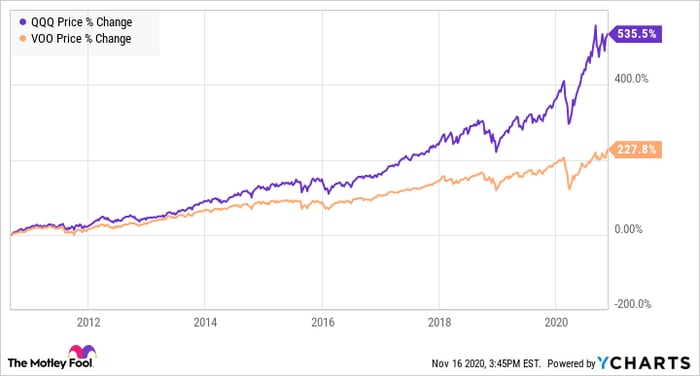 However, the NASDAQ is prone to larger drawdowns during turbulent markets. Since the market's charge abated in September, VOO has gained 2.4% while QQQ has dropped 2.6%. Even with this recent divergence, the NASDAQ still has richer valuation ratios. That's hardly unexpected or bad, but it can further exacerbate volatility. 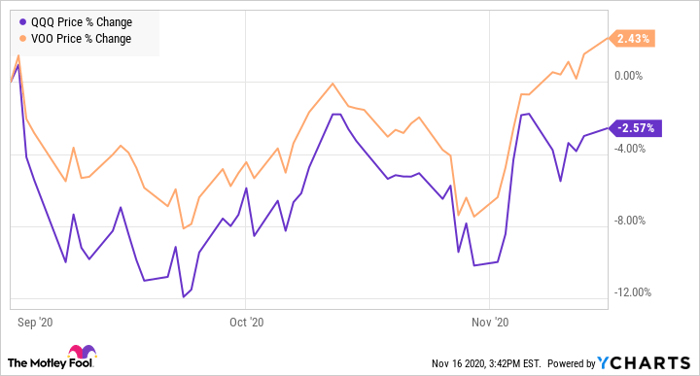 So which is a better buy?

Unfortunately, there is some nuance to this answer. Equity ownership is generally meant to provide capital growth in a portfolio, and QQQ has built a resume as the better option for long-term returns. However, the fund's volatility and portfolio concentration make it inappropriate for many investors. Anyone with a low risk tolerance, shorter time horizon, or preference for income investments should prefer VOO. Investors who are not in a position to withstand a downward fluctuation need to think about the pitfalls of low diversification and growth stock investing.