Starbucks (NASDAQ:SBUX) is raising the pay for the workers at its many cafes in the U.S., the company confirmed Thursday, following media reports after an intra-company memo was obtained and disseminated.

In-store employees hired on or before Sept. 14 will receive a raise of at least 10%, which is to be enacted by Dec. 14. This will apply to all baristas, cafe attendants, and supervisors working in U.S. Starbucks cafes. The minimum rate goes up slightly to 11% for the company's "partners" -- Starbucks' term for workers with at least three years of continued service. 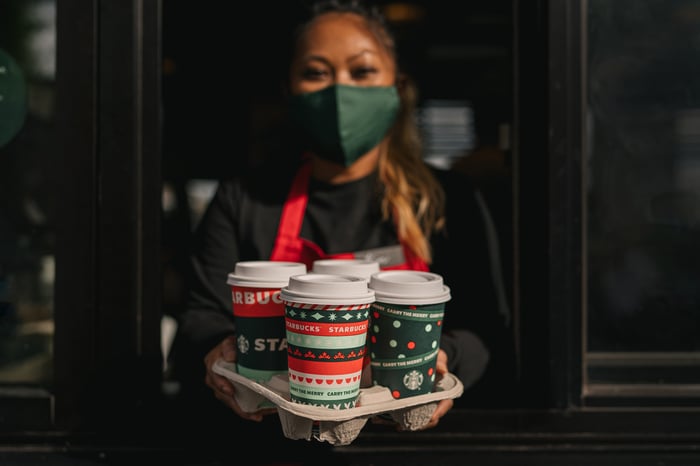 Current starting pay will be increased by 5%. The company is also pledging to lift the premium it pays above minimum wage in each state.

Starbucks did not provide any estimates as to how these moves will impact overall costs and profitability. As of the end of fiscal 2019, the company employed roughly 346,000 people, 218,000 of which worked in the U.S. Of those U.S. employees, roughly 209,000 worked in one of the company's cafes.

Yet some critics are calling for Starbucks to do more. A number of online petitions are making the rounds demanding that the company set its U.S. starting pay at $15 per hour. This, by the way, is the level of a potential federal minimum wage President-elect Joe Biden has promised to implement.

In a statement to Business Insider, Starbucks representative Reggie Borges said the move "is the next phase of our commitment to ensuring the well-being of partners with one of the most significant investments to hourly pay in the U.S. in the history of the company."