This year has been pretty busy for IPOs despite the coronavirus pandemic. Online gaming platform Roblox has now officially filed its S-1 Registration Statement with the SEC after submitting a confidential filing last month. Like other video game companies, Roblox has seen a massive surge in engagement during the public health crisis as consumers looked for entertainment options while stuck at home.

Here are four things that prospective investors need to know from the IPO filing. 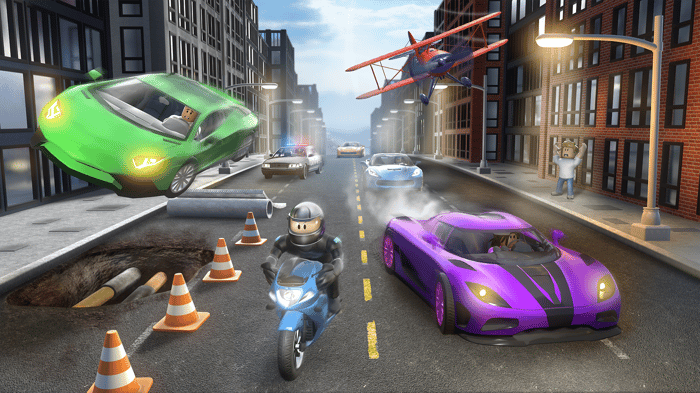 Roblox was already growing daily active users (DAUs) at a rapid clip before COVID-19, but the pandemic has dramatically accelerated DAU growth, as well as growth in the number of hours spent on the platform. Roblox is particularly popular among children, with the company acknowledging that the "majority of our users are under the age of 13."

The company now has 36.2 million DAUs worldwide, up from 13.7 million in the fourth quarter of 2018. Hours engaged jumped commensurately to 8.7 billion in the third quarter. 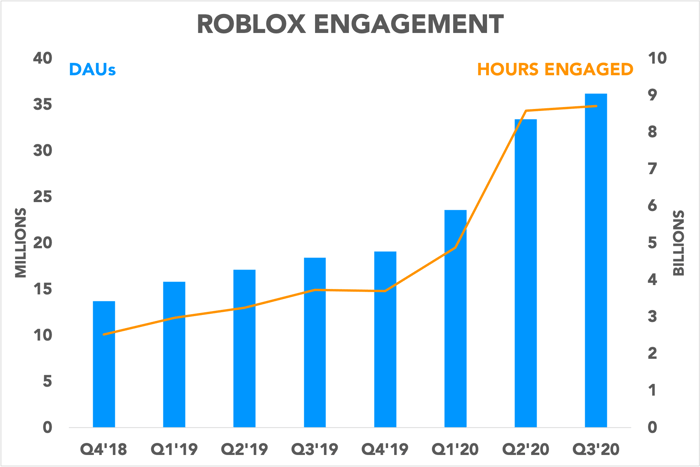 The company acknowledges that the booming engagement is directly related to lockdown orders and other restrictions related to the COVID-19 pandemic, and that "we do not expect these activity levels to be sustained" once the virus is defeated. DAU growth has already fluctuated in certain geographic regions as restrictions are either implemented or lifted.

Monetization is strong but losses are widening

In addition to increased engagement, Roblox's monetization of that usage is also further strengthening. Bookings (revenue plus the change in deferred revenue) have increased to $1.2 billion for the first three quarters of 2020, compared to $458 million in the comparable period in 2019. Average bookings per daily active user (ABPDAU) has been climbing steadily higher. 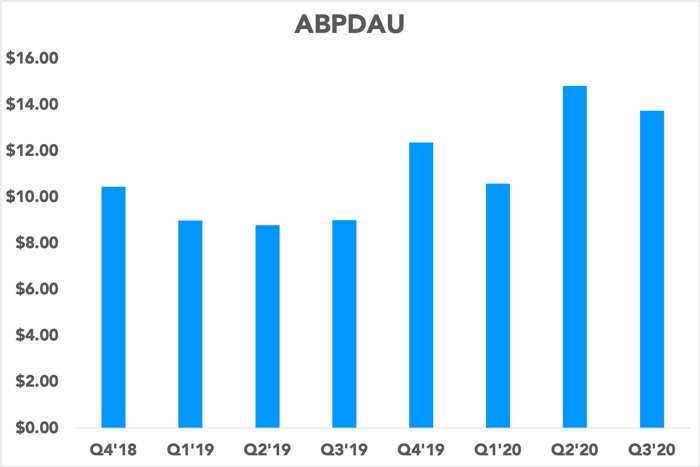 The bottom line doesn't paint the full picture, though, for a few reasons. Roblox has collected a lot of cash from selling its in-game virtual currency, Robux, as well as its Roblox Premium subscription. That cash is considered deferred revenue until it can be recognized once the player spends the currency or uses the subscription over time. Deferred revenue was $1.3 billion at the end of the third quarter, more than doubling from $643.9 million at the end of 2019.

Additionally, Roblox uses a combination of third-party cloud infrastructure services provided by Amazon Web Services to supplement its in-house data center operations. That helps the company save a bit on capital expenditures, although Roblox spends relatively more than other businesses that fully embrace a capital-light model. The net result is that free cash flow ballooned from just $14.5 million in 2019 to $292.6 million in the first three quarters of 2020.

Like most modern tech companies, Roblox uses a dual-class share structure to allow its CEO to maintain control. The Class A shares being sold to the public are entitled to 1 vote per share, while Class B shares get 20 votes per share. Roblox has two co-founders, David Baszucki and Erik Cassel. Cassel died of cancer in 2013 and Baszucki currently serves as CEO.

The chief executive holds 100% of Roblox's 57.3 million Class B shares. Since this is the first draft of the prospectus, Roblox has not specified how many total shares outstanding there will be after the offering or what voting power Baszucki will ultimately wield, but he will likely maintain voting control.