Please ensure Javascript is enabled for purposes of website accessibility
Free Article Join Over 1 Million Premium Members And Get More In-Depth Stock Guidance and Research
By Bradley Freeman - Nov 22, 2020 at 9:12AM

How markets are set up for more success.

Despite a global pandemic, a closely contested presidential election, and ongoing social unrest, the stock market has continued churning higher. Major indexes over the last six months each rose by 24% or more despite a plethora of intimidating events dominating headlines.

Here we will explore two primary reasons why equity markets have been so strong in the wake of so much chaos -- and why the strength could very well endure. 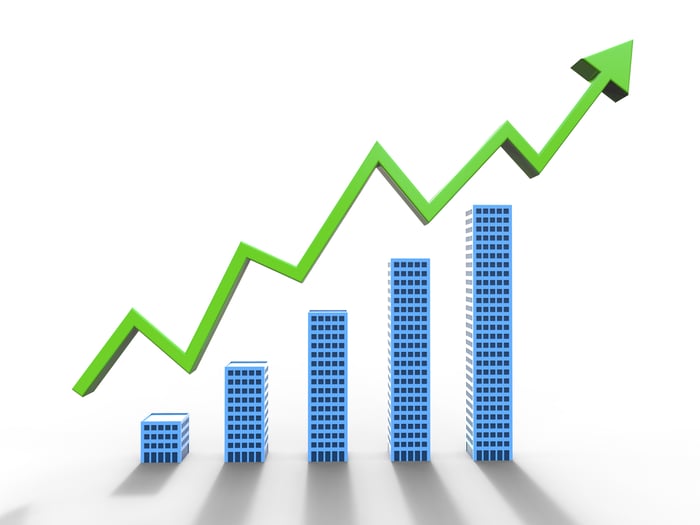 1. Support for a stimulus bill

While it seems our politicians rarely agree on anything, another round of economic stimulus has bipartisan support. In his recent comments, Senate Majority Leader Mitch McConnell (R-Ky.) described a new stimulus bill as a top priority. Additionally, Democratic leaders, like President-elect Joe Biden, have expressed their desire for an even larger package than Republican leaders want.

While there are still plenty of specifics to be negotiated, the likelihood of another COVID-19 stimulus bill is solid. Why is that potential money supply increase good for markets?

When Americans got economic relief earlier this year, a large chunk of the new dollars flowed through to equity markets. We know this due to trading activity for several income brackets immediately spiking by 50% to 90% as the aid was delivered. Some folks simply didn't need the financial help and took the opportunity to build their wealth. This boosted interest in stocks.

While we are by no means through the economic pain COVID-19 has inflicted, any new round of stimulus will coincide with a far lower unemployment rate and less economic turmoil than when the CARES Act was passed in March. Based on this, it's realistic to think some of the funds will again end up in stocks (maybe even at a higher rate), thus increasing demand and pricing of those securities. 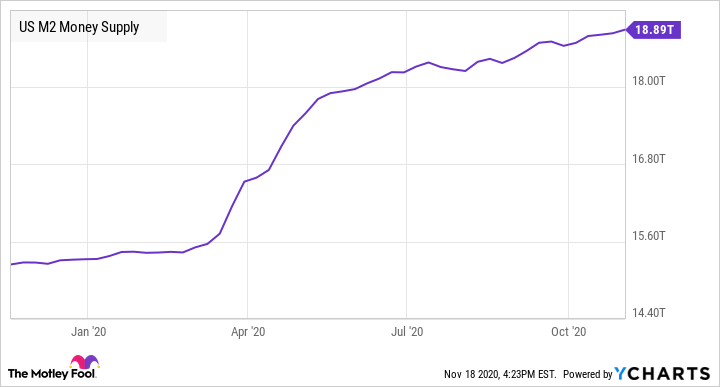 To accomplish this, it made some big changes to its policy. First, the Fed announced it will refrain from any interest rate hikes for the next few years at least. Second, it announced it will allow inflation to run above its historic 2% target. As high inflation has normally served as a sign for the Federal Reserve to hike rates, this newfound tolerance is noteworthy.

The Fed is making this commitment to support an economy and an employment market that is still reeling from COVID-19. The indirect benefit may be more rosy times for stock markets.

Furthermore, lower interest rates mean future cash flows are discounted less heavily. Less discounting pushes the the present value of future profits higher. This incremental appeal could be helping to power the rising markets we have recently enjoyed, and -- based on the Fed's comments -- the tailwind will not be going away any time soon.

Markets have been strong recently, and that may not slow down. Sure, the short-term trends of stocks is anyone's guess -- but with enduring monetary and fiscal support, the long-term trend should continue to be higher.