I took a look at three stocks to avoid last week, predicting that Norwegian Cruise Line (NYSE:NCLH), Lyft (NASDAQ:LYFT), and TripAdvisor (NASDAQ:TRIP) were going to lose to the market. I missed.

The three stocks averaged a 1% ascent, and that may not seem like much but it was better than the S&P's 0.8% dip for the week. Let's see if I can bounce back.

For this week, I see Blink Charging (NASDAQ:BLNK), Chico's FAS (NYSE:CHS), and NIO Limited (NYSE: NIO) as vulnerable investments in the near term. Here's why I think these are three stocks to avoid this week. 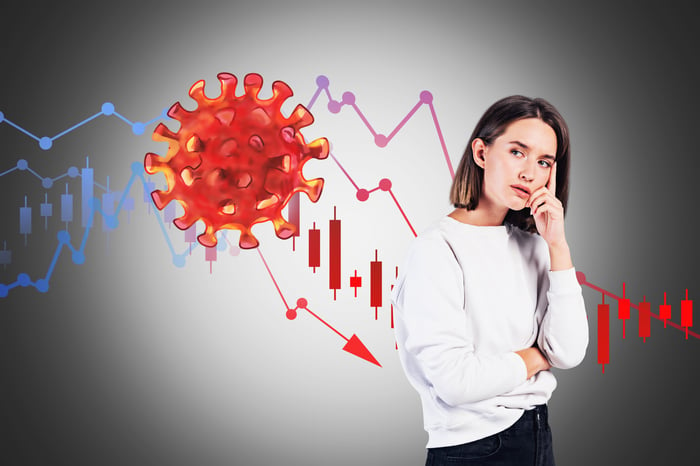 One of this year's biggest winners is Blink Charging. The operator of charging stations for electric vehicles is a 12-bagger this year. The surge is a bit baffling when you consider the underlying business. Revenue rose 18% year-over-year to just $0.9 million in its latest quarter, but that's actually less than what Blink Charging rang up in either of this year's first two quarters.

The popularity of electric cars is undeniable, and Blink Charging is expanding in major markets through organic and acquisitive efforts. However, it's stunning to see a profitless company with a mere $4.5 million in trailing revenue commanding a market cap of $732 million. There will be a need for more charging stations in the future. President-elect Joe Biden will keep subsidies flowing to expand the adoption of electric vehicles. The problem here is that it will take Blink Charging years to justify its current valuation -- and even then things will have to go swimmingly free of speed bumps and cutthroat competition.

There aren't a lot of companies posting fresh financials during this holiday-abridged trading week, but Chico's FAS is one them. The struggling apparel retailer will offer up results for its fiscal third quarter on Tuesday morning, and it's not going to be pretty.

The chain of 1,313 stores under its namesake banner as well as White House Black Market and Soma can't blame a bad report on the pandemic or even the recession. Chico's was a dud even when the economy was humming along and we were packing malls like mask-less sardines. This will be the sixth fiscal year in a row of declining sales. Tuesday's report should also be the sixth quarter in a row that it posts a loss.

The stock is priced so low that betting against it will backfire in a major way if it overachieves, but Chico's FAS is too out of touch at this point to get it right. The future isn't bright for Chico's FAS.

Blink Charging isn't the only electric vehicle play on my naughty list this week. It's also not the only 12-bagger. NIO Limited has seen its stock soar from $4.02 to $49.25 in 2020, and the spectacular surge has taken place entirely over just the past six months. In NIO's defense, the Chinese maker of electric cars is in much better shape than Blink Charging.

NIO is legit. It has $1.9 billion in trailing revenue. Revenue has more than doubled in back-to-back quarters. NIO sold 12,206 vehicles in the third quarter, and its CFO expects it to clear 16,500 to 17,000 electric cars in the current quarter. One analyst is forecasting 100,000 cars sold next year.

The problem here is that with a market cap of $66 billion we have NIO stock fetching roughly 35 times trailing revenue. Auto makers don't fetch that kind of multiple. Even Tesla Motors (NASDAQ: TSLA) commands an enterprise value that is less than half of NIO's revenue multiple -- and it's not as if Tesla Motors is the poster child for value investing. There is a lot fo be excited about when it comes to NIO's future prospects, but NIO isn't 12 times the company it was six months ago. A pullback is more than warranted at this point.

If you're looking for safe stocks, you aren't likely to find them in Blink Charging, Chico's FAS, and NIO Limited this week.