Millions have been made this year by investors who bet on coronavirus vaccine stocks at the start of the pandemic -- or even earlier. Some clinical-stage biotech players offered tempting entry points. I'm talking share prices under $20. And, with work in this new field, these companies also offered great potential for gains.

A perfect example is Novavax (NASDAQ:NVAX). The biotech company's shares traded at about $4 in early January and since that time have soared more than 2,000%. In fact, if you had invested $25,000 back then, your holding would have been worth more than $1 million at the stock's peak in August. Now the question is whether an investment in Novavax today could still make you a bundle -- or if it's too late. Let's take a look. 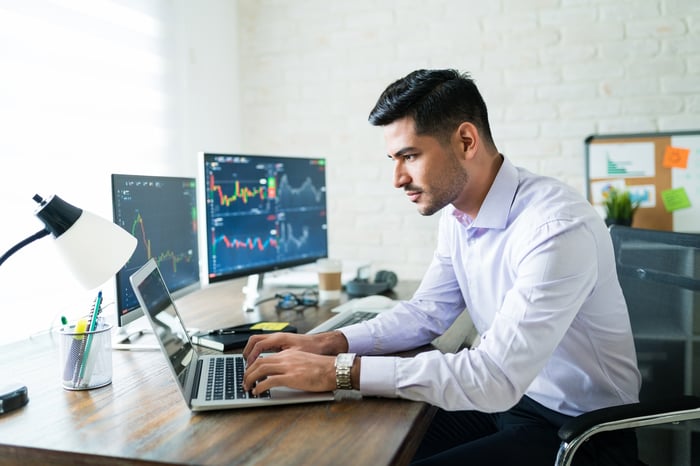 I'll start by saying Novavax isn't a leader in the coronavirus race. Other rivals, including Moderna (NASDAQ:MRNA) and Pfizer (NYSE:PFE), are farther ahead from a timeline perspective. Pfizer, for example, last week applied for emergency use authorization (EUA) for its investigational vaccine. And Moderna is close behind. Novavax, however, began its phase 3 trial in September and said initial data will be available in the early part of the first quarter.

So, now you might be thinking potential for share gains is a thing of the past. Not necessarily. Three important elements could make Novavax an eventual leader in the coronavirus vaccine field -- and result in stock market performance along the way.

I'll talk about two of these elements at the same time, as they both have to do with logistics. They are storage and capacity. Novavax's vaccine can be stored between 35 degrees and 46 degrees Fahrenheit. Those are standard refrigerator temperatures. That means the potential product doesn't require the expense or logistical headaches of investing in special equipment to transport and store it. This gives Novavax an edge over Pfizer. The big pharma's vaccine candidate must be maintained at negative 94 degrees Fahrenheit.

As for capacity, Novavax says it has the ability to produce as many as 2 billion doses by the middle of next year. Only pharmaceutical company AstraZeneca (NASDAQ:AZN), with a projected capacity of 3 billion, surpasses that level. So we can say Novavax is the biotech company with the greatest capacity so far. That is an important factor. Since vaccines aren't sold for high prices, revenue growth will mainly come from volume.

A millionaire-maker once again

And finally, for the factor that may turn Novavax into a millionaire-maker stock once again... Novavax plans to work on a combined flu/COVID-19 vaccine. The company already has the expertise to do so. Its investigational flu vaccine, NanoFlu, earlier this year met all primary endpoints in a phase 3 trial. The next step is regulatory submission.

Now Novavax says it also will study the combination of NanoFlu and the coronavirus vaccine candidate it is investigating in phase 3 studies. This combination could be a game-changer -- a two-in-one vaccine would mean less expense and streamlined transport and storage for the company and healthcare providers alike. It would also be a popular choice for patients; not many of us like multiple jabs.

Is it too late to buy this millionaire-maker stock? I don't expect another 2,000% gain in less than a year. That might be too much to ask from any one stock.

But, for the reasons above, Novavax still offers long-term investors plenty of potential. A return to the stock's August high would represent a 98% gain from today's price. Wall Street is even more optimistic. The average 12-month price target implies a 116% increase from today. And if Novavax's plan for a combined flu/COVID-19 vaccine bears fruit, the sky could be the limit for this biotech stock.

Is It Too Late to Get In on This Millionaire-Maker Stock? @themotleyfool #stocks $NVAX $PFE $AZN $MRNA Next Article
Current