When looking for new growth stocks, plenty of investors tend to favor well-known names. That's natural, as many such companies attract coverage specifically due to their success.

However, that sort of popularity often means that much of a company's potential growth has already materialized. To generate larger returns, investors might do better to seek fast-growing companies that have thus far received less attention from other investors or the financial press.

No small-cap stock can offer any guarantee that it is a large-cap or mega-cap stock in the making. Nonetheless, companies like GrowGeneration (NASDAQ:GRWG), Intelligent Systems (NYSE:INS), and Plymouth Industrial REIT (NYSE:PLYM) offer such potential. 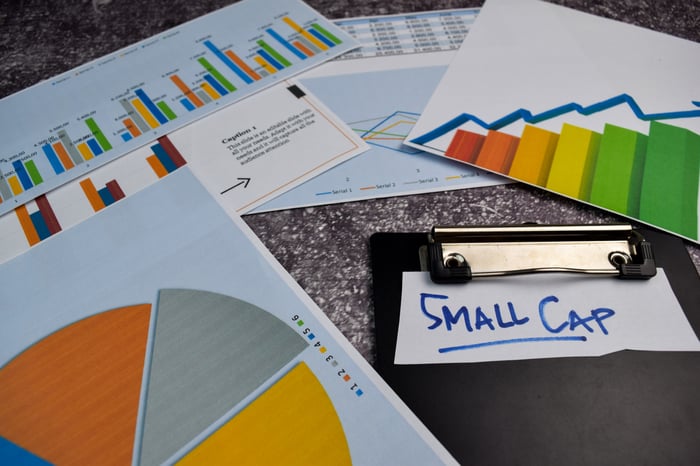 Analysts classify this company as a "home improvement retailer." However, instead of selling general supplies for DIYers and contractors like Home Depot or Lowe's do, GrowGeneration is a one-stop-shop for cannabis cultivators.

The Denver-based company offers hydroponic grow supplies as well as related products and systems through its chain of 31 stores in 11 states. Over 10,000 products are listed on its website.

The retailer is on pace for rapid growth. It just acquired GrowBiz, which will add five stores to its footprint, and it plans to expand to 50 locations in 15 states in 2021.

With state governments steadily removing restrictions on the marijuana industry, GrowGeneration has benefited, opening more stores and earning increased business. In the latest quarter, revenue was up by more than 150% from year-ago levels. Also, GAAP income increased by more than 130%.

Such results have led investors to bid the stock higher by about 600% this year, as analysts forecast triple-digit-percentage earnings growth for both this year and next.

Finally, Grand View Research projects a compound annual growth rate of 18% for the global cannabis market through 2027. Given all that, and the company's market cap of just over $1.4 billion, GrowGeneration may not remain a small-cap stock for long.

After spending years as a penny stock, Intelligent Systems experienced a massive surge beginning in 2018 that took it as high as $56 per share. It has since pulled back somewhat, but was trading in the neighborhood of $38 per share at the time of this writing.

Still, its market cap is only about $340 million. Also, even with its relatively small size, it has expanded into 12 countries across four continents. In the third quarter, revenue rose by 8% year over year. However, the company's income fell due to infrastructure investments needed to maintain its long-term strategic vision.

Still, analysts believe those infrastructure investments will begin to bear fruit next year. They expect revenue to rise by about 55% and earnings to increase by almost 140%.

Moreover, the market research firm Valuates has forecast that the fintech industry will grow at a compound annual rate of 24% through 2025. This could help to boost Intelligent Systems' business -- and its stock price -- as more entities seek fintech-related software solutions.

One only has to notice the many closed malls and empty storefronts dotting the American landscape to know that demand for retail space has fallen as e-commerce has risen. However, not all of those businesses are disappearing. Instead, more retail activity has shifted into industrial spaces.

This has benefited REITs such as Plymouth Industrial, and the pandemic has boosted its operations as even more shopping moved online.

The company granted some rent deferments early in the pandemic. Outside of those allowances, though, occupancy and rent collections have remained robust. In the most recent quarter, revenue increased by 44% from year-ago levels.

Plymouth Industrial took a conservative approach as the pandemic began. Management pulled its full-year guidance, slashed the dividend, and issued additional shares early in the year.

However, a large fraction of the proceeds has gone to property purchases, including 1.17 million square feet of property bought in the last quarter alone. Also, that annual dividend, now $0.80 per share, still yields about 6%.

Despite the generous payout, the company, which has a market cap of about $325 million, is in growth mode. With the demand for industrial property continuing to rise, Plymouth Industrial could become a cash cow over time.