Retailers usually offer their best sales of the season on Black Friday, enabling consumers to get a jump start on their holiday shopping. That timing makes it easy for shoppers to plan their purchases since they can scan the various sales papers to find the best deals.

While the stock market doesn't operate that same way, it is offering some pretty compelling deals right now despite recently hitting a milestone number, especially for dividend-seeking investors. Three bargain-basement dividend stocks that our contributors have near the top of their shopping lists are energy giant Total ( TTE 3.11% ), pipeline operator Enterprise Products Partners ( EPD 0.40% ), and defense contractor Lockheed Martin ( LMT 2.44% ). Here's why they look like can't-miss deals right now. 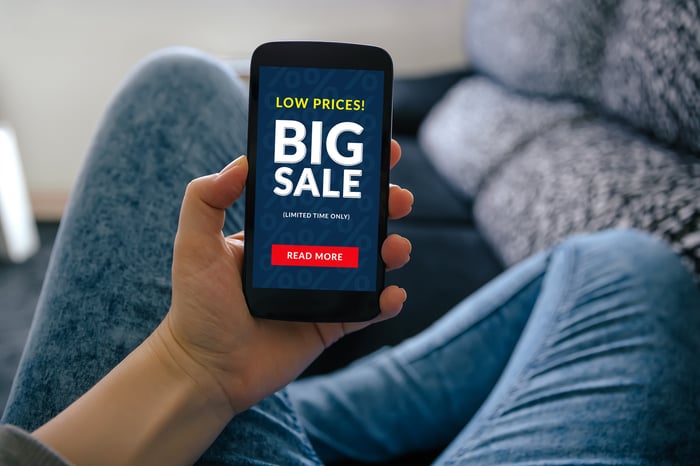 Reuben Gregg Brewer (Total): Investors hate oil stocks like integrated energy giant Total right now. There's a good reason for the loathing, given that oil is lingering at low levels thanks to a supply/demand imbalance driven by COVID-19. But long-term dividend investors should love the story here -- and the historically high 7.4% dividend yield. 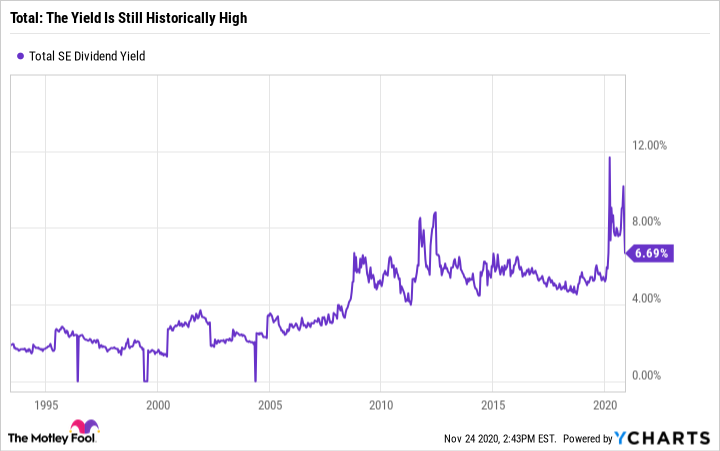 Oil will remain a vital source of energy for decades to come. That remains true even in the most dire projections. Natural gas, which is seen as a transition fuel as the world gets greener, is likely to see demand increase. And that's exactly what Total has planned for its business, with a focus on a smaller number of low-cost oil opportunities and a growing position in natural gas.

Meanwhile, Total is going to be using the cash it generates from its carbon businesses to invest in its emerging "electrons" division. That made up around 5% of sales in 2019, but should be about 15% of the top line by 2030 as the energy giant increasingly puts money to work in the electricity and clean energy spaces. Basically, it's going green along with the rest of the world. In the meantime, management stated (again) during Total's third-quarter 2020 conference call that it believes the dividend is sustainable if oil averages around $40 a barrel -- just about where it has been lingering for a while now. If you can look past today's tough energy market, Total appears well positioned to reward investors that can think long-term.

A big-time yield at a bargain-basement price

Matt DiLallo (Enterprise Products Partners): Investors have thrown pipeline giant Enterprise Products Partners into the discount bin this year. Units of the leading midstream MLP are down more than 25% in 2020. That lower price comes even though the company has generated relatively stable income this year despite all the turbulence in the oil market. Its distributable cash flow was only down about 4% through the third quarter compared to the prior-year period.

With its unit price falling more than cash flow, the MLP's valuation has gotten much cheaper. Meanwhile, the slide in its unit price has pushed its dividend yield up over 8%. While high-yielding payouts often imply more risk, that's not the case with Enterprise. The company is currently generating enough cash to cover its distribution by a comfortable 1.7 times, leaving it with almost enough excess cash to fully fund its expansion projects. Add to that the fact it has the highest credit rating among MLPs, and that its growth spending is on track to decline in the coming years, and its payout is on rock-solid ground.

The company's financial foundation is so strong that it should have no problem continuing to increase its high-yielding dividend, which it has done for the last 21 consecutive years. Meanwhile, given how cheap it is these days, there's plenty of upside potential as the energy market recovers, which seems increasingly likely thanks to the recent string of positive COVID-19 vaccine data. Those factors make Enterprise look like a more enticing buy than most Black Friday deals right now. 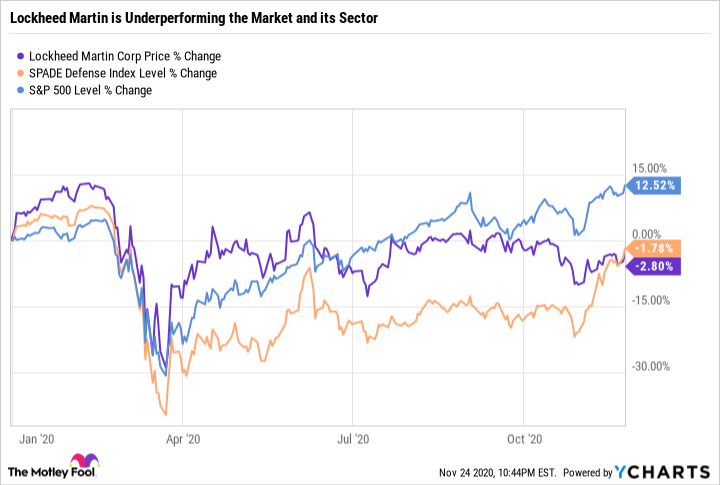 Concerns regarding a new political party taking office and a possible decrease in future defense spending have distracted investors from Lockheed's solid earnings results. In its most recent quarter, the company generated record quarterly sales of $16.5 billion and updated its full-year guidance. Sales, operating profit, and earnings are now forecast to exceed the high end of the company's previous estimates, capping off what should be one of its most profitable years on record. Yet its outlook for 2021 only calls for a 2% or so increase in sales and a flat to slight increase in cash from operations.

Even with an uncertain short- to medium-term outlook, there are plenty of reasons why Lockheed is a steal at current prices. Contracts with the U.S. government and its allies provide predictable operating cash flow, which means Lockheed can safely repurchase shares and distribute hundreds of millions of dollars through dividends. The company just announced it now has a record backlog of $150.4 billion, meaning there's no shortage of willing customers eager to get their hands on its latest tech.

Black Friday should have some enticing deals, but picking up shares of Lockheed Martin before Nov. 30 slots you in for its new higher dividend. More importantly than this short-term windfall, you'll be investing in a leading defense stock with predictable operating cash flow, a history of dividend raises, favorable valuation, and industry-leading aviation and missile technology.