One would be hard-pressed to find a more hated stock on Wall Street than LendingClub (NYSE:LC). Conceived as a two-sided marketplace for personal loans, the company has been disdained by investors ever since a May 2016 scandal in which management was caught fudging investor requirements to move more loans, and its portfolio of personal loans began to show more credit losses.

After a few years in the wilderness, new management under CEO Scott Sanborn has done just about everything right. LendingClub tightened credit, grew and diversified its loan investor base, and cut costs, making the company more resilient to a potential downturn. Unfortunately, just as it looked like the company was recovering, the pandemic hit, and LendingClub shares once again plummeted to new lows.

But following the release of the company's third-quarter earnings report -- and news that effective COVID-19 vaccines have been developed -- the stock has rocketed up 73% in November alone. Here's why LendingClub shot higher, and why this month's move may be just the beginning. 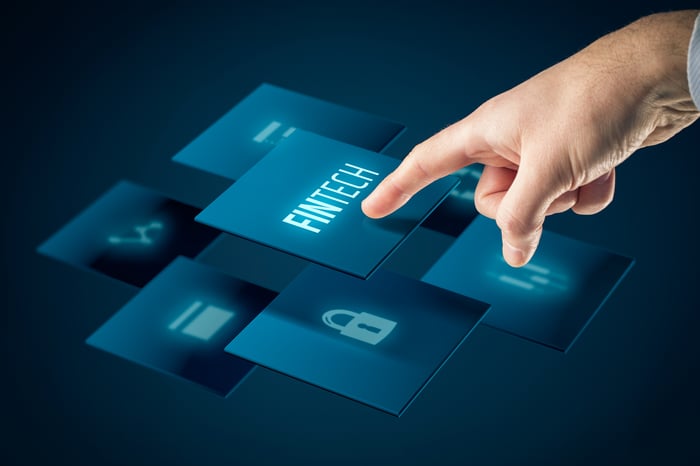 LendingClub's loans have made it through the gauntlet

One big fear that had limited LendingClub's valuation over the years involved the question of how its loans might perform in a downturn. While the company only retains a small portion of those loans and sells most to other buyers, should a significant fraction of them implode, it could scare away buyers and blow up its marketplace model.

However, on the Nov. 4 earnings call, management reported that even its pre-pandemic vintages were still returning around 4%, up from its estimate last quarter of 3%, and not much below the original forecasts made prior to COVID-19. After LendingCLub tightened its underwriting requirements and focused more on returning borrowers this year, its post-coronavirus vintages are now forecast to yield between 5% and 6% -- a quite attractive rate of return in this ultra-low interest rate environment. 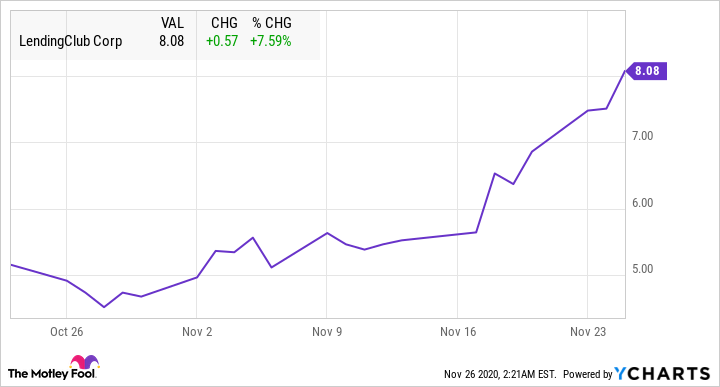 Now that the company's underwriting is proving itself out, LendingClub is slowly beginning to ramp originations back up. After originations dropped by roughly 90% in the second quarter to $326 million, management increased them by 79% quarter over quarter in Q3 to $584 million. That was still less than a fifth of the $3 billion in originations it booked in Q4 2019, but nonetheless, a marked improvement. The lender's adjusted net loss also shrank by more than half, from $53.4 million in Q2 to $23.1 million in Q3.

Management forecast that loan originations would increase again in the fourth quarter to land in the $850 million to $900 million range. That would put the company well on its way back to operating profits, which, thanks to cost cuts, management says it can achieve with just $1.5 billion a quarter in originations -- half of its Q4 2019 rate.

Based on all this, it looks as if LendingClub's losses should shrink in the quarters ahead, and potentially turn into gains in 2021.

A transformative acquisition is pending

Finally, LendingClub still plans to purchase Radius Bank, a private, digital-only bank that it announced it would be acquiring back in February. Management said that it remains on track to get the deal approved between February and May of next year -- its originally announced timeline. If it closes, the acquisition would benefit LendingClub in numerous ways. Among them, Radius Bank's low-cost deposits would lower LendingClub's cost to hold loans on its balance sheet, it would gain cross-selling opportunities between the two organization's customers, and regulatory clarity would allow it to save on compliance costs.

As you can see, LendingClub's stock price is down by more than 90% from the highs it reached shortly after its 2014 IPO. 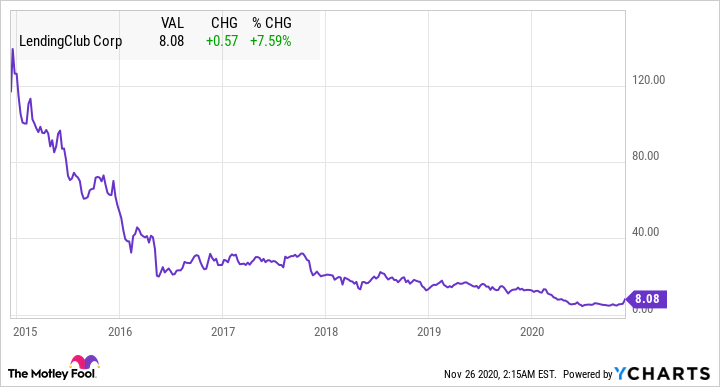 Yet today, the stock currently trades at just 0.7 times book value, and its market cap is only slightly higher than the amount of cash on its balance sheet. As the economy recovers and the institution's loan originations rebound, LendingClub's share price could keep climbing, especially if it successfully completes its Radius Bank acquisition.