Why this gambling stock is better than the rest.

Gambling stocks have not been so lucky this year. COVID-19 forced much of the industry to temporarily close brick-and-mortar casinos, and a pause in live sports hurt sports gambling revenues considerably.

Despite all of this, Penn National Gaming ( PENN 5.75% ) looks to be the strongest player in the field. Its assets are ideally positioned for the world we are living in, and it's poised for an even larger bull run than it's currently experiencing. Here's why. 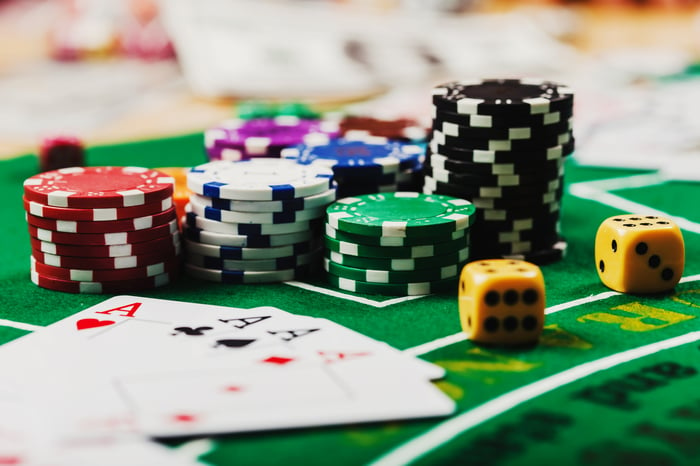 Global casino operators like MGM Resorts International ( MGM 5.08% ) and Wynn Resorts ( WYNN 6.00% ) both rely somewhat heavily on air travel to bring customers to their properties. Penn does not.

Instead, Penn National's portfolio of properties is entirely regional and therefore generates a much larger portion of demand from drive-to rather than fly-to traffic. With COVID-19 still inflicting significant pain on the aviation industry, this apparent lack of dependence on air travel is ideal. What has it meant for Penn?

In its most recent quarter, the company posted its best-ever earnings before interest, taxes, depreciation, amortization, and rent (EBITDAR), as well as a record EBITDAR margin. Furthermore, net income rose by 223% year over year to $141.2 million. Despite occupancy restrictions and some properties still not being open, Penn was able to rapidly grow its profitability, thus demonstrating the appeal of its regional niche.

This strong profit performance has prompted analysts to precipitously raise earnings estimates for this year and next year over the past several months.

How are MGM and Wynn doing comparatively? Both saw EBITDAR margins and profit shrink considerably during the same time period. Additionally, earnings estimates are falling for MGM and Wynn, while Penn enjoys the opposite. It appears as though the regional gambling industry is set for a quicker recovery -- and that is great news for Penn.

A sports gambling wave has hit the United States. In the last two years, 22 states (and Washington D.C.) have legalized sports gambling. Every single new ballot initiative this year also passed convincingly. To capture this quickly changing industry, Penn purchased 36% of Barstool Sports at a $450 million valuation earlier this year, with options to buy up to 50% of the company.

Together, the duo released Barstool Sportsbook in the state of Pennsylvania last month. The early results were very encouraging. The app surpassed every single competitor's opening weekend downloads, and did so with virtually zero external marketing from Penn. Clearly, Barstool fans were ready for this product.

What's even more remarkable about this accomplishment is that the product is only live in Pennsylvania, while competing products are offered in many more states. Based on success in Pennsylvania, Penn plans to debut the product in Michigan this quarter before introducing it elsewhere. Barstool's built-in, massive, cult-like following is truly exciting for Penn to leverage -- it's beginning to play out.

The combined entity plans to launch stand-alone Barstool-branded entertainment destinations in dense urban areas. Based on the passion and size of Barstool's following, it's easy to see how this could do very well also. Furthermore, Barstool's prospects as a media company have never looked brighter. Despite all the sports cancellations this year, it is having its best and most profitable year to date.

Penn is the gambling stock to bet on

Penn National Gaming is ideally positioned to endure the worst of COVID-19. Its regional casinos are rapidly recovering, and its return to profitability easily beat competitors like MGM and Wynn.

The long-term picture looks equally bright with Barstool Sports at Penn's side to power new energy, attention, and growth going forward. No matter how you look at it, Penn is primed to win, and investors should take note.

Why Penn National Stock Has Lost Its Luster