Virgin Galactic Holdings (NYSE:SPCE) has boarded a NASA-run suborbital testing program, the government's space agency announced on Monday. The company, along with privately held Masten Space Systems, is now part of NASA's Flight Opportunities initiative, in addition to four other businesses that had signed contracts with NASA earlier.

On its website, NASA describes the program as one that "facilitates rapid demonstration of promising technologies for space exploration, discovery, and the expansion of space commerce through suborbital testing with industry flight providers."

As one of those flight providers, Virgin Galactic will take certain technologies on its flights to help gauge their potential for use by NASA. 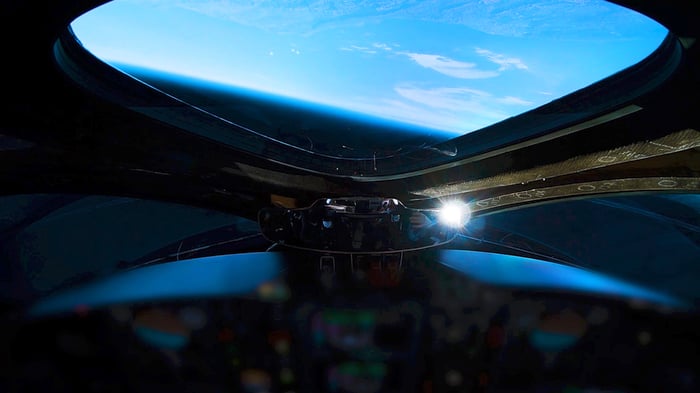 Virgin Galactic and Masten are to perform this work under indefinite-delivery/indefinite-quantity (IDIQ) contracts with NASA. The agency said that these contracts are firm-fixed-price orders, and their combined value is $45 million. The terms of the agreements end on July 31, 2023. NASA did not get more specific about payment terms, nor did it break out exactly how much Virgin Galactic would earn for its participation.

The company has not yet issued a statement or any official comment on the arrangement.

Regardless of specifics, Virgin Galactic shareholders are sure to be pleased with the tie-up. For decades, NASA has been the leading public space agency in the world. Association with such an organization confers legitimacy on a business, particularly if it is one of only several participating in a certain program.

Investors will also be satisfied that Virgin Galactic -- which has so far booked no revenue from the space-tourism flights it plans to run as the core of its business -- has a reliable source of income from a very steady partner.