One of the best "recovery" stocks over the past six months has been Expedia (NASDAQ:EXPE). In early 2020, the online travel agency's stock was hit hard by the COVID-19 pandemic. The company is also in the midst of a huge bottom-up retooling, with a new CEO cutting costs and replatforming the company's technology infrastructure.

Recent financial results have been anything but good. Last quarter, gross bookings were down 68% and revenue was down 58% from the year prior, and the company burned about $1 billion in cash.

Yet Expedia's stock has rallied over 200% since its March lows. It's now actually trading above its pre-pandemic price. Is this travel stock still a buy today on renewed vaccine momentum? 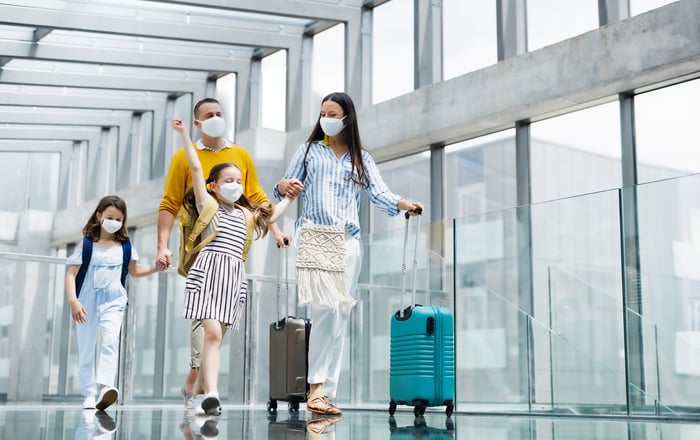 The bullish case for Expedia now

With positive recent vaccine news, investors are now looking at travel-related companies based on "normalized" earnings power, which will likely come in 2022. In that respect, one might assume Expedia will head back to its 2019 levels of revenue by then -- perhaps slightly better or worse, depending on how it competes against rivals.

Not only that, but the bullish outlook is likely taking into account the massive cost cuts new management has undertaken this year. On the recent conference call with analysts, new CEO Peter Kern highlighted that the company will eventually cut $700 million to $750 million in fixed costs relative to 2019, along with some $200 million in variable cost cuts based on 2019 revenue. Those cuts have come from a combination of headcount reductions, consolidation of Expedia's various travel brands into one cloud-based data architecture, and marketing efficiencies.

That's a massive deal. In 2019, Expedia made $903 million in operating income, so the cost cuts alone could double Expedia's earnings power relative to last year, even if it just gets back to previous levels of revenue.

What does that mean for Expedia's value?

Just because operating income could double doesn't mean Expedia's earnings per share will. During 2020, Expedia has had to take on lots of additional debt to get through the current cash-burning COVID-19 period.

That has basically tripled the company's interest expense relative to last year. Additionally, the company sold $1.2 billion in preferred stock back in the second quarter, which came with warrants to purchase some 8.4 million shares at a strike price of $72. Since Expedia's stock price is now near $126, it's safe to say those warrants will be exercised.

If all of this goes to plan, Expedia could earn $7.06 per share once things get back to "normal." In 2019, Expedia traded anywhere from a high-teens to a low-twenties P/E ratio. It's probably reasonable to value Expedia at around $140 per share or so, about 10% above today's share price. 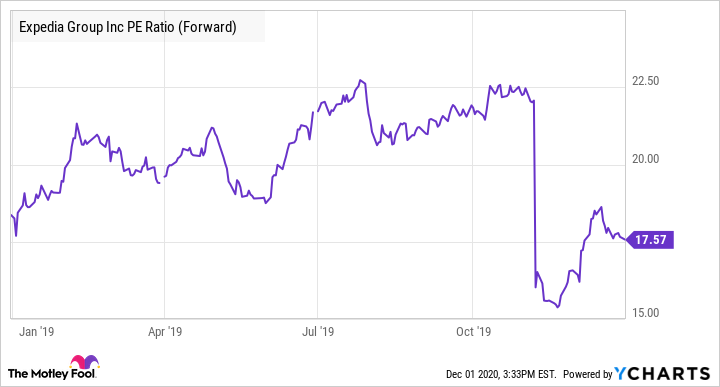 But risks and uncertainty remain

Expedia appears to be fairly valued today, but things are still quite unpredictable. Management is doing a terrific job of cutting costs, but it's unclear what Expedia's revenue trajectory may look like coming out of the crisis. The OTA space is still growing, but it's competitive. Emerging threats include peer Booking Holdings (NASDAQ:BKNG) and even Alphabet (NASDAQ:GOOG) (NASDAQ:GOOGL). Both Expedia and Booking have accused the latter of using data to launch its own travel services, despite the OTAs spending heavily on Google's performance advertising. Then there are newcomers like Airbnb, which may have its IPO soon.

Additionally, with COVID-19 cases raging, Expedia will likely continue posting losses well into next year. It will be a more heavily indebted company when this is all over.

Thus, risks and rewards seem roughly balanced today. If you have a positive view of Expedia's new management team and its ability to win market share, there could be additional upside in the stock. But if you think the travel world will get more competitive on the other side of the crisis, there may be better stocks to buy in today's market.