Retailers may hear their cash registers jingling all the way this Christmas, as the National Retail Federation forecasts holiday sales between November and December will grow 3.6% to 5.2% this year compared to last year.

Yet lurking beneath this cheery outlook is a dark secret that could make the season that follows very bleak, as many retailers may still end up heading into bankruptcy. 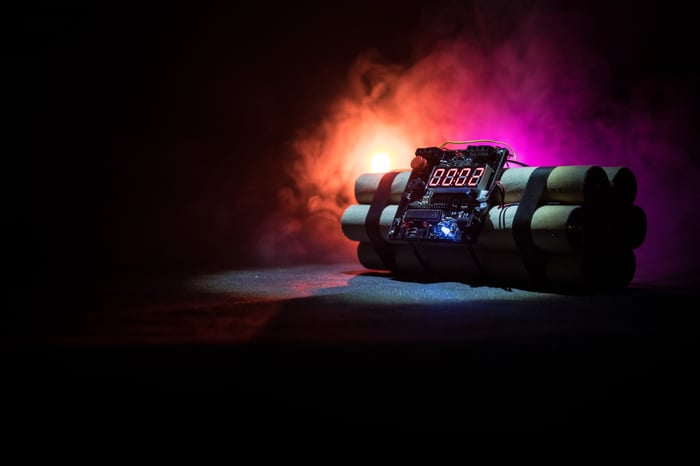 The industry is already fighting with one hand tied behind its back as states impose new lockdowns and stay-at-home orders to confront rising numbers of COVID-19 cases.

In September, accounting firm BDO said 18 retailers had sought Chapter 11 bankruptcy protection over the first six months of 2020, while another 11 filed in the two months prior to it publishing its semi-annual bankruptcy report. Over 10,200 stores had closed so far this year.

But that may not even be the worst of it. There's a ticking time bomb in the industry that could go off for many retailers in the months ahead.

One of the first actions retailers took in the early part of the pandemic after so-called non-essential businesses were closed and employees furloughed was to stop paying rent. In a bid to conserve cash, retailers such as Bed Bath & Beyond, Gap, and Nordstrom announced they were going on a rent strike and would not pay any rent or only pay a reduced amount.

Mall operators like Taubman Centers told tenants they had bills just like the retailers did and not paying rent wasn't an option, while CBL and Associates Properties warned if tenants continued their rent strike, it would send the company into bankruptcy. CBL filed for Chapter 11 on Nov. 1.

Other mall owners, including Simon Property Group and Brookfield Property Partners, began suing for back rent, and both took Gap to court.

The bill is coming due

According to Bloomberg, data from real estate firm CoStar Group shows unpaid rent now totals $52 billion since the beginning of April. Despite some of that getting repaid, the bill keeps growing for others who will have a difficult time paying it back, let alone paying the current rents due.

Signet Jewelers (NYSE:SIG), the owner of the Jared, Kay, and Zales chains of jewelry stores, had $78 million in deferred rent payments that it doesn't plan on paying until the second quarter of fiscal year 2022, and Bed Bath & Beyond hasn't paid more than $50 million that its landlords are due.

Gap, however, said that to get out from under the weight of the rent bills piling up, it ended up negotiating with its landlords and executed several cash buyout agreements totaling $57 million.

Bloomberg also reported that burger chain Red Robin Gourmet Burgers received default notices from its landlords, but had negotiated amendments with half of them and was still in negotiations with the others.

The problem is that the retail landscape remains uncertain, despite the hopeful tone of the industry trade group's Christmas predictions.

Retail sales in October were depressed once again. Commerce Department data shows that retail sales excluding autos rose a disappointing 0.1% from last year. Digging deeper, though, it found that it was primarily due to building materials and grocery stores that we saw any gains. Apparel retailers saw sales fall 3%, department stores were down 4%, and electronics and appliance stores dropped 5%.

Now with cases of COVID-19 rising sharply, states closing shop again, and hopes for any new stimulus checks mired in politics, the ability to generate sales to make those rent payments will grow difficult.

No relief in sight

Even if sales move online, Amazon.com is going to capture the lion's share of those sales. Its third-quarter e-commerce sales of over $75 billion already exceed by 10% the total the retailer generated in last year's holiday fourth quarter. This Christmas is going to be huge.

Walmart and Target will pick up much of the rest of the dollars spent online, with all other retailers fighting over the scraps.

With the time bomb of rent they've been deferring ticking away, plus the rents they currently owe, many retailers are about to see this situation blow up in their faces.