Please ensure Javascript is enabled for purposes of website accessibility
Log In Help Join The Motley Fool
Free Article Join Over 1 Million Premium Members And Get More In-Depth Stock Guidance and Research
By Rich Duprey – Apr 23, 2020 at 11:37AM

Generating cash reserves grows more difficult with all of its stores closed.

Gap Stores (GPS 0.60%) is facing the prospect of a cascading series of events due to the coronavirus pandemic that could seriously undermine its future viability.

In a bid to conserve cash as it seeks out new avenues of liquidity, the retailer suspended payment of its April rent and is negotiating abatement or deferral of future rent payments. It believes it has a strong case, but it might not be successful, which could lead to landlords canceling its leases and accelerating future rent payments.

It might also cause its credit rating to be downgraded, which would impact its ability to arrange financing, a potentially big problem as Gap maxed out its revolving credit facility last month to ensure it had as much cash as possible on hand. 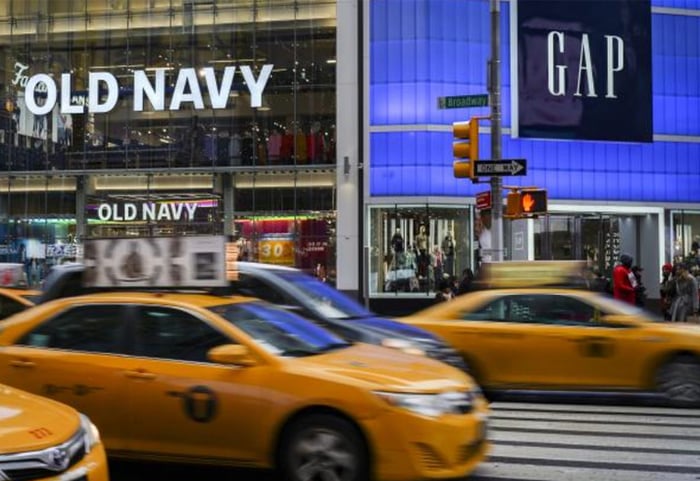 Gap was already a struggling retailer prior to the COVID-19 outbreak, but with all of its stores closed, the $1.4 billion in cash and equivalents it had at the end of fiscal year 2019 is quickly being depleted.

In an SEC filing, the retailer said that while it still targets having a cash balance between $1 million and $1.2 million, its cash flows "have declined significantly." According to CNBC, Gap expects to have between $750 million and $850 million, including the $500 million it drew down from its credit line, when the quarter closes on May 2.

That was why it suspended its dividend, furloughed most of its workers, and told suppliers it would only take shipments of orders for its e-commerce platform, but was canceling everything else.

It's also why Gap is joining a growing number of retailers going on a rent strike, even as some mall operators insist their tenants still pay up.