Please ensure Javascript is enabled for purposes of website accessibility
Log In Help Join The Motley Fool
Free Article Join Over 1 Million Premium Members And Get More In-Depth Stock Guidance and Research
By Rich Duprey - Apr 7, 2020 at 8:38AM

The retailer will accept its summer online orders but told suppliers to keep them for the fall season.

Gap Inc. (GPS 1.13%) is telling its vendors to stop sending the merchandise it previously ordered for the summer season unless it is for its e-commerce platform. The company is asking that its in-store summer items, as well as those for the fall season, not be shipped at all.

While it doesn't want to disrupt its supply chain, the retailer told its suppliers the coronavirus pandemic has upended its business and online sales "simply cannot make up for having our stores closed." 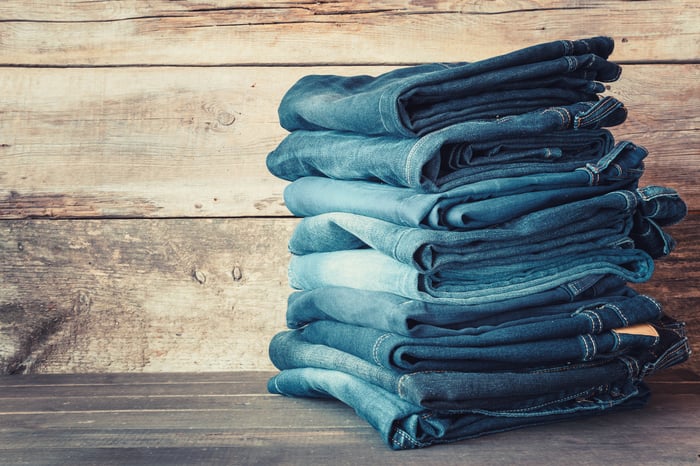 Numerous retailers have taken steps similar to Gap, which risks a possible ripple effect that would cause clothing manufacturers in Bangladesh, China, and Vietnam to collapse.

The Bangladesh Garment Manufacturers and Exporters Association told The Wall Street Journal more than 4 million factory workers in the country could lose their jobs if retailers didn't honor their commitments. "This is a social chaos we cannot afford," it said.

Fast fashion leader H&M (HNNMY -2.71%) was originally identified as one of the companies that was canceling orders, but it recently announced it would accept and pay the original terms all of the merchandise it had ordered.

Gap, though, is a much more financially troubled company than H&M and it scrapped its planned spinoff of its Old Navy chain earlier this year. The retailer also suspended its dividend and maxed out its $500 million credit line to ensure it had enough liquidity to survive.

"We are making decisions based on the best interest of our employees, customers and partners, as well as the long-term health of our business," Gap said in a statement reported on industry site Business of Fashion. However, it is looking to work with suppliers to get through the crisis.