Please ensure Javascript is enabled for purposes of website accessibility
Log In Help Join The Motley Fool
Free Article Join Over 1 Million Premium Members And Get More In-Depth Stock Guidance and Research
By Rich Duprey – Apr 1, 2020 at 9:52AM

The move is a welcome relief for overseas factories that have already received billions of dollars' worth of cancellations.

Retailers slammed by store closures due to the COVID-19 pandemic have been canceling orders for merchandise they previously placed or are refusing shipment of them, risking failure of factories that are only just getting back on their feet.

Fast-fashion icon H&M (HNNMY 3.89%) is going a different way, telling its suppliers it will honor the orders it placed before the pandemic struck in earnest. Bangladeshi newspaper The Daily Star reports the retailer's statement said, "We will stand by our commitments to our garment manufacturing suppliers by taking delivery of the already produced garments as well as goods in production." 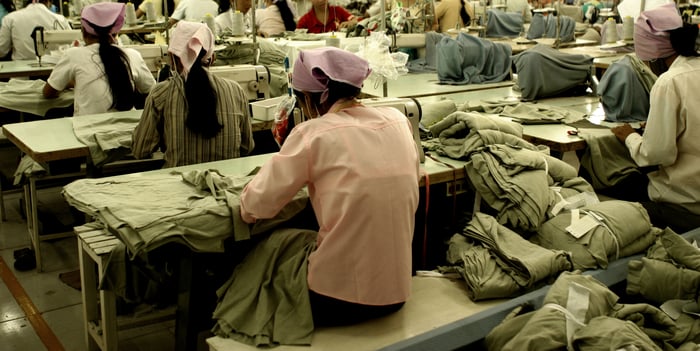 H&M reportedly sources $4 billion worth of goods from 230 Bangladesh factories each year. Its new position, though, is a reversal of what the company was recently saying. The Wall Street Journal had included H&M among those canceling orders, with the retailer stating, "[O]ur long-term commitment to suppliers will remain intact, but in this extreme situation we need to respond fast."

The Bangladesh Garment Manufacturers & Exporters Association said over 1,000 factories had already received cancellations of $2.8 billion worth of work orders representing 864 million items. The BGMEA previously said the wholesale cancellations factories were receiving was "a social chaos we cannot afford."

While H&M is putting new orders on pause, it said it will accept the orders it already placed at the agreed-upon prices and won't use the current crisis to try negotiate better prices. It also says it will begin placing new orders as soon as it is able.

What The Gap Can Learn From H&M’s Recovery Story

H&M Shows How a Brick-and-Mortar Business Can Adapt

Is It Any Surprise These Are the Top 2 Clothing Retailer Brands in the World?

H&M Can't Really Be Dumb Enough to Make This Mistake