The coronavirus pandemic has wreaked havoc across the globe, and while some businesses are slowly returning to normal, most sectors have suffered huge losses.

Surprisingly, the marijuana sector isn't one of them. The pandemic increased demand for both medical and recreational cannabis, and marijuana was declared an "essential item" during lockdowns. That boosted revenues for U.S. cannabis companies in particular.

Their Canadian counterparts also saw rising revenue numbers, but Canada is still challenged by a lack of legal stores, which has led to supply issues and increased competition from the black market. The most popular players, Canopy Growth (NASDAQ:CGC) and Aurora Cannabis (NASDAQ:ACB), had already seen a lot of damage in 2019; this year, both companies are making desperate attempts to recapture the market. Canopy, in particular -- while it is struggling -- has much brighter prospects than most of its peers. Its revenue is even growing, albeit not rapidly, and not enough to show (yet) on the bottom line.

But management at Canopy is making efforts to reduce costs and achieve profitability. The company has exited operations in South Africa and Lesotho and closed some facilities in Canada, Colombia, and New York in April. This former favorite has a high likelihood of recovery, potentially bringing it back to the forefront of the cannabis market again. Let's take a look at how that could happen. 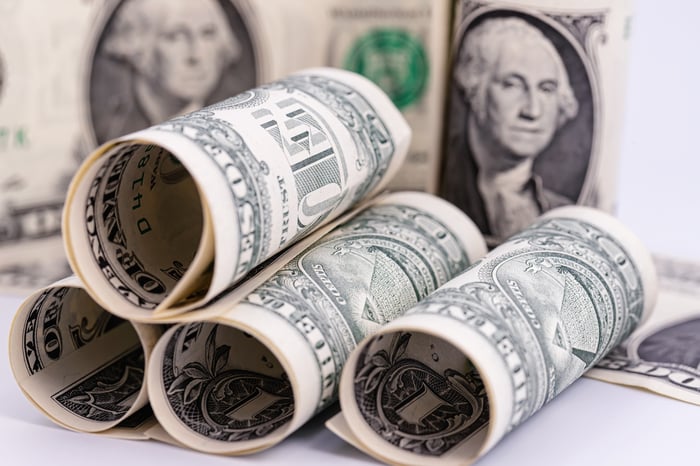 Cannabis derivatives are the key to Canopy's future

In its second quarter, which ended Sept. 30, Canopy's revenue was up mostly because of demand for its recreational products. Its Canadian adult-use cannabis revenue rose by 15.5%, which helped the total reported revenue jump 77% year over year to 135.3 million Canadian dollars.

The credit for the increase in recreational revenue can be given to the company's new cannabis derivatives products. Cannabis derivatives (vapes, edibles, concentrates, beverages, and more) were legalized in Canada as part of "Cannabis 2.0" in October 2019. Since then, Canopy has launched a wide range of products to capture this market.

Its cannabis beverages, in particular, have garnered excellent reviews, according to management. Canopy has shipped over 1.2 million cannabis beverages since late March, and management proudly announced in a press release that the company now has a 54% dollar market share with its five ready-to-drink tetrahydrocannabinol (THC) cannabis beverages. These products are offered under the Tweed, Houseplant, and DeepSpace brands.

Its strong financial backing is pushing it toward success

Canopy has a secret weapon in U.S. beverage giant Constellation Brands (NYSE:STZ), which is doing much of the company's heavy lifting. The businesses entered into a strategic partnership in October 2017, when the maker of Corona and Modelo beer, among other adult beverages, invested CA$245 million in Canopy. Since then, as a sign of faith in Canopy and the cannabis market's potential, Constellation has been increasing its stake in the company by exercising its warrants. It now holds a 38.6% stake. 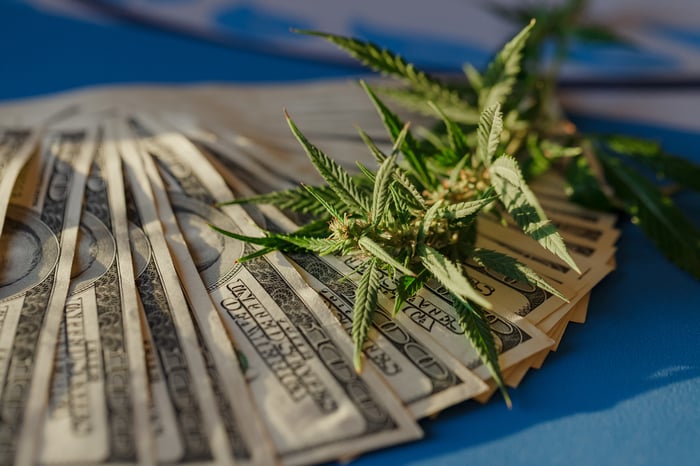 It's for this reason that despite a disastrous 2019 and a lack of profitability, Canopy is financially secure for now. At the end of the second quarter, Canopy had $1.7 billion in cash and short-term investments. Besides having Constellation's support, Canopy is also working on reducing its selling, general, and administrative expenses (SG&A) in a quest for positive EBITDA. The company managed to reduce its SG&A expenses in the quarter by 19%, to CA$147 million, from the prior-year period. That improved its EBITDA loss from CA$150.4 million in Q2 2020 to CA$85.7 million this quarter.

Canopy has two compelling partners to capture the U.S. market

The demand for dried cannabis is high, no doubt. But cannabis derivatives have tremendous potential as well -- a Deloitte research report states that the market for these products could be worth CA$2 billion annually, out of which beverages alone could generate CA$529 million.

With just five types of cannabis-infused beverages launched since March, Canopy has already dominated by having acquired a 70% of Canada's market share, according to management. So imagine the growth when the beverage market reaches its full potential.

Andrew Rapsey, Global Head of Beverages at Canopy, made his views on the beverage market clear. He said, "We're very bullish on the drinks category, not only in Canada, but the U.S. I think we feel like we've found a proposition and a way forward that will grow our brands as well as grow the category."

A lack of legalization at the federal level in the U.S. has tied the company's hands for now. But with more and more states leaning toward legalization and a new administration entering the White House, 2022 could be the year marijuana is legalized on the national level.

For the U.S. cannabis beverage market, the company has a different strategy. Canopy aims to go lower on the THC dosage in the U.S., offering lower-calorie, and better-tasting products, targeting consumers who want to try cannabis but not in the traditional form (smoking and vaping). Mike Lee, CFO of Canopy, has also publicly discussed how the U.S. beverage market could eventually grow to a $60 billion market for THC. I believe this strategy could work out well for Canopy.

Canopy has two key partners to help it move forward if and when legalization happens. Constellation's wide network can help Canopy capture the U.S. market in cannabis-infused beverages, giving it an edge over competitors including Aurora, which hasn't been able to secure similar financial backing. Canopy's second-quarter results boosted its stock price, which is up 33% so far this year. Meanwhile, Aurora's shares have sunk 58%, much worse than the industry benchmark, the Horizons Marijuana Life Sciences ETF, which is down 0.57%. 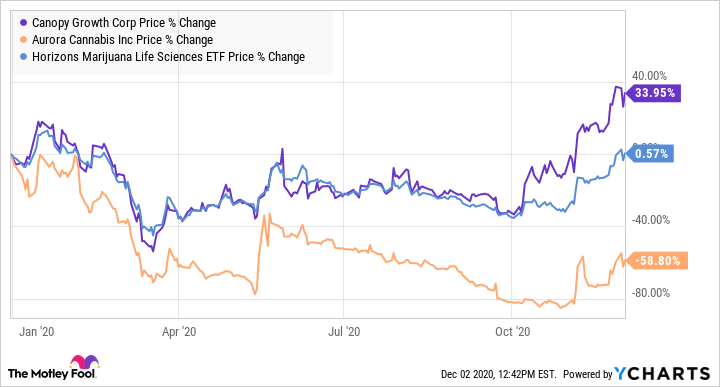 There's also Canopy's acquisition deal with Acreage Holdings, which will be final if and when legalization happens in the U.S. Acreage will also be able to help Canopy market its diverse portfolio of beverages.

A strong financial backup, smart growth strategies, slow but growing revenue, effective cost-cutting strategies, and innovative derivative products are carving out Canopy's path to success. A little patience with this cannabis stock should bear fruit in the long term.