Netflix (NASDAQ:NFLX) recently pulled comedian Dave Chappelle's stand-up show from its rotation, but it's not because the streaming site had any objection to the content on the program.

No, it was the comedian himself who asked Netflix to yank Chappelle's Show, and Netflix was happy to oblige for its own self-interest. 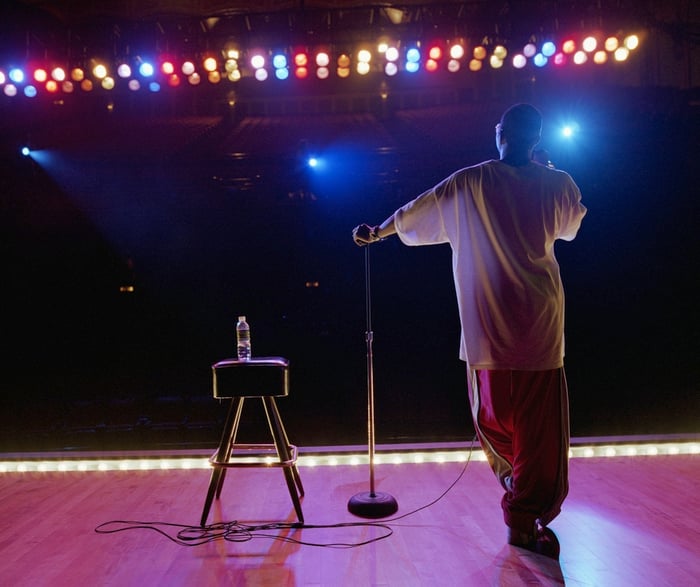 In the current social media climate, comedians not toeing a certain line often find themselves coming under withering fire and seeing their job prospects diminished. Kevin Hart, for example, stepped down from hosting the Oscars in 2019 after he was criticized for tweets he made years ago that are now deemed offensive.

Chappelle, who could easily be seen as "offensive" as Hart for his skits, had a different problem. He is in a long-running dispute with ViacomCBS (NASDAQ:VIAC) after the comedian felt he was losing creative control of his hit Comedy Central series during the filming of the third season in 2005. Stressed out from the pressure of fame, Chappelle abruptly left the show and fled to South Africa for what he says was a "spiritual retreat."

Because Viacom had signed the comedian to a $50 million contract, it continued to own the rights to the show and Chappelle's likeness, and when he saw that the media giant was still airing the series on Comedy Central, CBS All Access, HBO Max, and Netflix, he began asking his fans not to watch.

In a video posted to Instagram, Chappelle implored, "I'm not asking you to boycott any network -- boycott me. Boycott Chappelle's Show. Do not watch it unless they pay me."

Chappelle was referring to Viacom, which he believes should continue to pay him despite his having signed a contract and walking away from the show. While he admits the studio is not contractually obligated to do so, he thinks it would be the right thing to do.

Looking forward, not behind

Netflix acquired the streaming rights to the show at the end of October, and it quickly became a top 10 show on the service. But soon after, Chappelle approached the site and asked it to remove the show. Netflix agreed.

In 2017, Netflix signed Chappelle for three comedy specials on the platform, and as competition in the streaming video world has increased, its relationship with the hot comedian is more important. The old shows are just that: old. And though still funny, people have likely already seen them at some point.

While Netflix lost money on the nonexclusive streaming rights to the old shows, it feels it can make that back and then some on new content.

Other comedians are also getting hired at rival services.

Apple (NASDAQ:AAPL) recently signed Jon Stewart for a new project for its Apple TV streaming service. And AT&T (NYSE:T), which reportedly had bid on the Stewart show, just announced it has landed late-night host Conan O'Brien to a contract for an HBO Max weekly series beginning in June 2021, when his current gig at TBS ends.

And Netflix seems to have won a loyal champion in Chappelle by pulling the shows. In his Instagram video, Chappelle says it's why he likes working with the service. "Because they paid me my money, they do what they say they're going to do, and they went above and beyond what you could expect from a businessman," he said.

A reason to grow

Netflix's third-quarter earnings report in October showed that its membership growth slowed dramatically in the period. It added just 2.2 million new subscribers, a drop of 80% from the second quarter.

With content creation upended by the coronavirus pandemic, it's going to need talent to help build out its service further and attract additional subscribers. It just presented a Kevin Hart special, showing it's willing to have controversial people perform, and it will have more from Chappelle himself.

In the scheme of things, even though Netflix didn't have to abide by the comedian's request, and many might say Chappelle is in the wrong, it was the smart move for the streaming service to make.