The SPAC is merging with U.K.-based electric-van and bus maker Arrival, and recently released an interview from Arrival's president and chief strategy officer (CSO).

Investors looking to research the electric-vehicle (EV) company merging with CIIG got some details on Arrival's business plans through an interview that CIIG filed with the U.S. Securities and Exchange Commission (SEC) this week. 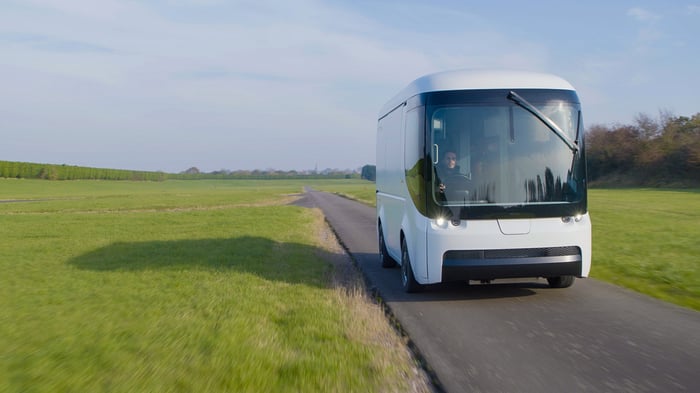 Arrival president and CSO Avinash Rugoobur discussed what differentiates Arrival from other EV makers in an interview with Bloomberg News. Arrival plans to begin production of its buses in the fourth quarter of 2021, followed by two sizes of commercial vans in the second half of 2022.

Rugoobur said that several areas of Arrival's business plan will allow it to produce its EVs for a comparable price to diesel vehicles. He believes bus and van fleet owners will more quickly convert to Arrival's electric vehicles due to the lower initial costs along with the lower total cost of ownership.

Arrival is able to lower manufacturing costs by decentralizing the process with microfactories that can be built anywhere, even using existing warehouse or commercial space.

Its first two microfactories will be in Bicester, England, and Rock Hill, South Carolina. Rugoobur said the smaller factories can be built in about six months for a cost of approximately $50 million, compared to potentially $1 billion for a centralized production facility that produces large volumes.

Investors have been bidding up CIIG shares even before today. The stock has gained nearly 200% just since mid-November. New investors should be careful until the business plan is proven out.