Shares in aircraft leasing company AerCap (NYSE:AER) surged 48% in November, according to data provided by S&P Global Market Intelligence. The move marks an improvement in end-market conditions in the industry through the month.

There are three things to focus on. First, the positive news flow on the development of COVID-19 vaccines gives support to the idea that the commercial aviation industry will return to normalcy at some point in the future. 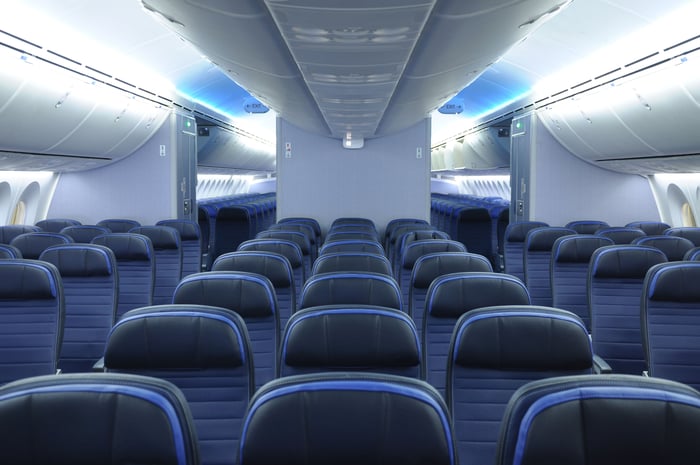 Second, the rescinding of the order grounding the Boeing 737 MAX is another positive for aircraft leasing companies. As the largest owner of commercial aircraft in the world, the 737 MAX is a significant part of AerCap's plans.

Third, there are signs of some positive momentum building in the aircraft leasing industry. For example, in AerCap's third quarter earnings release in November, CEO Aengus Kelly said " we are seeing a steady recovery in air travel and in AerCap's cash flows from the lows of April. "

In addition, one of AerCap's peers, Avolon, gave a business update in October with its CEO Domhnal Slattery saying, "We continue to maintain a close dialogue with our customers, and we have seen an upward trend in our lease revenue collection rate through Q3."

While the news flow has been more positive in November, it's still going to be a long flight back for the industry. Indeed, the International Air Transport Association gave an updated outlook for the industry recently, which estimated airlines would lose $118.5 billion in 2020 and then a further $38.7 billion in 2021.

Moreover, prospects for the airline industry and ultimately, leasing companies like AerCap, is a function of the containment of the pandemic and how governments react to it.

AerCap investors will be hoping for a timely distribution of the vaccine and an acceleration of the natural process of herd immunity across the globe. As such, it's far from clear that air travel will recover as planned. That said, the news flow has undeniably been positive and a recovery appears to be in place.