The holidays are here, and -- given the state of the economy -- shoppers are looking for bargains. That includes many investors, who are in the market for a relatively cheap stock that will have value for a long time.

Right now, investors may find several relatively cheap stocks in the financial sector, where stock prices have been beaten down by the coronavirus pandemic, recession, low interest rates, and other macroeconomic forces. But when you take those forces away, as vaccines are deployed and the economy begins to recover, many companies in this sector will bounce back. One of them is Bank of America (NYSE:BAC).

Here's why the second-largest bank in the country, with $2.1 trillion in assets, is a great value stock that you should add to your holiday shopping list. 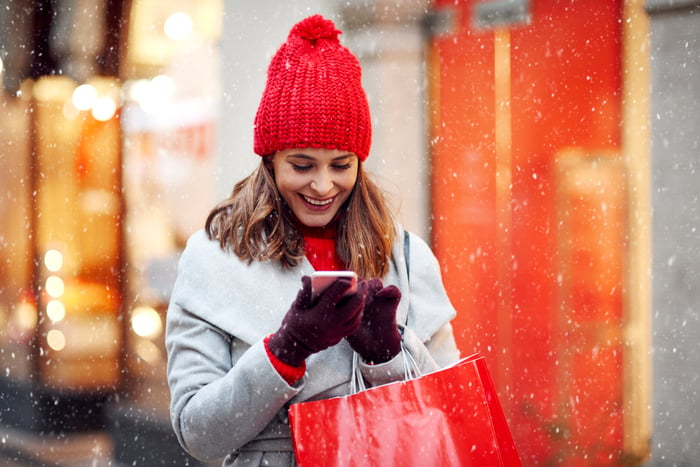 Bank of America is outperforming megabanks in key metrics

It's been a brutal year for banks in general, but Bank of America has come through the pandemic better than most of its megabank peers. In the third quarter, revenue was down about 10% year over year to $20.3 billion, due to a 17% drop in net interest income. Meanwhile, net income was down roughly 15% to $4.9 billion, or $0.51 per share, hurt by lower revenue and $1.4 billion in provision for credit losses. While the credit allowance is a big number, it's far lower than it was in the second quarter, when it was about $5.1 billion. Net charge-offs, or bad debt unlikely to be repaid, went down significantly in the quarter.

These two major drags on earnings -- net interest income and provision for credit losses – are byproducts of two forces created by the economic environment, historically low interest rates, and the pandemic-induced recession.

Beyond those factors, BofA fares well compared to its competitors in some of the key metrics that banks use to chart their performance.

For example, in its consumer banking business, which accounts for about $8 billion of its $20 billion in revenue, deposits were up 21% in the quarter year over year as more people are saving money during the recession. For the bank, this helps with liquidity.

Average loans were also up 5% year over year, which is much more surprising in a difficult economic environment, but a testament to the bank's strength. Among the megabanks, only JPMorgan Chase had higher deposit growth, and none had higher loan growth. Bank of America also had 6% growth in active mobile banking users. BofA had an efficiency ratio of 60% in the quarter, which is second only to JPMorgan's 58%. That measures its revenue compared to its expenses, so the lower the ratio, the less the company is spending to earn $1 of revenue.

The bank also got a boost from its investment banking business. That business had its second-best quarter ever, as fees were up 15% to $1.8 billion. Overall, the global markets business saw revenue climb 11% year over year due to strength in investment banking and trading.

Bank of America's stock price has come down 18% this year and is currently only trading at around $28 per share. But it's not only got a low entry price, it is also is a good value. The price-to-book ratio is about 1.0, which means the book value -- which is simply assets on the books -- per share is about the same as the price per share. Anything under two is typically considered undervalued, so a ratio of 1.0 would certainly fall into the category. It also has a pretty robust return on tangible common shareholder's equity (ROTCE) of 10.2%, which is down from 11.8% a year ago, but higher than its peers other than JPMorgan. ROTCE is a measure of a bank's profitability.

On the third-quarter earnings call, BofA CEO Brian Moynihan said that he believed that some of the worst effects of the pandemic on the bank were behind it. Specifically, Moynihan said that credit allowance reserve builds are "behind us," and that has proven to be a major drag on earnings. As the economy is expected to grow at a higher rate in the coming quarters as the U.S. emerges from the recession, consumer spending will rise and loan activity will increase, Moynihan said. This should lead to an improvement in net interest income.

While there is still uncertainty out there, this banking behemoth and market leader has likely made it through the worst of the storm and is poised to emerge from this better than most of its peers. Berkshire Hathaway Chairman and CEO Warren Buffett boosted his position in Bank of America earlier this year. You might want to consider it too before the year's end.