Two of the most interesting stocks within the insurance industry are Lemonade (NYSE:LMND) and Markel (NYSE:MKL). Lemonade, which hopes to bring a new twist to the business, just went public in July. Markel has been around for years, but it has flown under the radar as a "baby Berkshire," due to its business model's similarity to Berkshire Hathaway's.

For investors, both are worth getting to know.

Touted by many as a disruptor to the industry, Lemonade offers renters, homeowners, and pet insurance in the United States -- all of which sounds normal enough. But instead of using brokers, Lemonade uses software, bots, and machine learning to quote rates to potential customers and process claims. It's all digital, with no paperwork or bureaucracy. 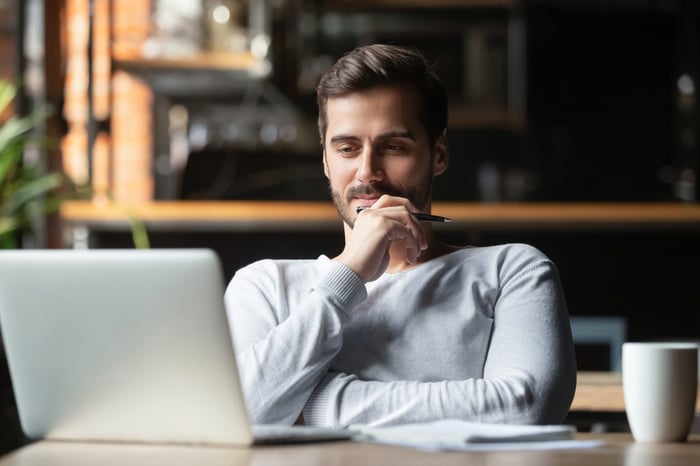 Customers who need to make a claim go to the Lemonade App and click "claim," and the artificial intelligence platform does the rest, running dozens of algorithms in seconds to review it. About 30% of the claims are approved and paid in seconds, while the rest, deemed more complicated, are referred to actual humans. Lemonade charges a flat fee from its premiums, with the rest going to pay claims. Any excess premiums left after that are donated to charities of the customers' choosing.

Under its unusual model, Lemonade wouldn't benefit from delaying or denying claims, so it has no incentive to do so -- and every incentive to handle them quickly and fairly. This is different from traditional insurers, which are incentivized not to pay out claims. A key indicator of Lemonade's success is its declining loss ratio, which is the ratio of claims paid out, or losses, to premiums earned. The loss ratio has steadily declined since 2017 and it is now 72%, which is excellent, down from 78% a year ago. Anything under 100% means the company is profitable, so 72% is low. It's down due, in part, to the company's cautious underwriting approach in wildfire and hurricane areas.

Lemonade's other key advantage is its low overhead. With no branches and mostly automated services, its expenses are much lower than competitors.

In the five years since it was founded, Lemonade has had sharp growth, mainly among young renters. About 90% of its customers are first-time buyers of insurance. In the third quarter, it served 941,000 customers, up from 562,000 a year ago this quarter. The premium per customer has grown to $201 from $169 a year ago and the gross earned premium -- the amount Lemonade earns from the premiums -- doubled year over year to $42.9 million. Gross profit was up 82% to $7.3 million, while its profit margin was 41%, up from 21% a year ago.

It's all pretty cool -- or so investors seem to think. The stock gained 139% on its first day of trading and has surged more than 40% since then as of Monday morning's prices.

Still, the company is not yet profitable, with a net loss of $30.9 million in the third quarter, slightly better than a net loss of $31.1 million a year ago. As a startup, Lemonade is still spending more than it makes due to investments in technology, operations, and staff to support the growing company. But that should flip soon as profits increase.

Markel is not your typical insurer

Like Lemonade, Markel has a different business model from most insurers. It offers specialty insurance, but it is also an investor in both public and private companies. In both of those respects, it's much like Berkshire Hathaway, thus the "baby Berkshire" moniker.

Markel offers what is called excess and surplus (E&S) insurance, which includes areas that most companies in the industry don't cover, like special-event insurance or policies for high-risk businesses. It also offers reinsurance -- basically insurance for insurance companies that allows them to hedge their bets against the risk of major catastrophic events. Markel reported earned premiums of $1.39 billion in the third quarter, up from $1.3 billion a year ago, with a combined ratio of 97. That metric being under 100 means the company is taking in more in premiums than it is paying out in claims. Its combined ratio has consistently been in the 90s in recent years, which is a testament to Markel's disciplined underwriting process.

With its earned premiums, it invests in a portfolio of about 113 stocks, among them Berkshire Hathaway and Amazon. The gains from this revenue stream will fluctuate with the markets, but over the last 10 years, its now $22.3 billion portfolio has returned 15.2% on an annualized basis. Its third revenue stream is Markel Ventures, which invests in private companies. Last year, that generated $2.1 billion in revenue and $264 million in earnings.

The company's stock price is down about 13% this year at Monday morning's prices, but over time, it has been incredibly consistent. It has only had one year of negative annual returns over the last 10, and an annualized return of over 12% in the past decade through 2019.

Which insurer is the better buy?

While Lemonade could certainly bring disruptive change to the insurance industry with its unique business model, it may be too early to tell. The company's growth has been promising, but its earnings aren't there yet, and it still faces the challenge of expanding beyond its current market of largely young renters and into older demographics. That said, Lemonade's potential is off the charts, and both of these companies are good long-term investments.

As a more conservative investor, I'd go with the more established performer. Markel has a great business model, and with its multiple revenue streams, it has proven it can consistently generate strong earnings. While the company has a high share price -- around $994 -- it's a good value, with a price-to-book ratio around 1.2, which means it is not overpriced and should have room to continue to generate double-digit returns over the long term.