Better-than-expected Q3 results and annual guidance were apparently not good enough for investors.

Just before noon on Monday, the cloud-based IT monitoring specialist Sumo Logic ( SUMO 10.09% ) unveiled its first set of quarterly results since its IPO. While those figures were encouraging, an early mini-rally in the company's shares turned very sour, with the stock ultimately closing 18% lower.

On average, prognosticators following the stock had estimated $41.9 million on the top line, and a much deeper adjusted net loss of $0.24 per share. 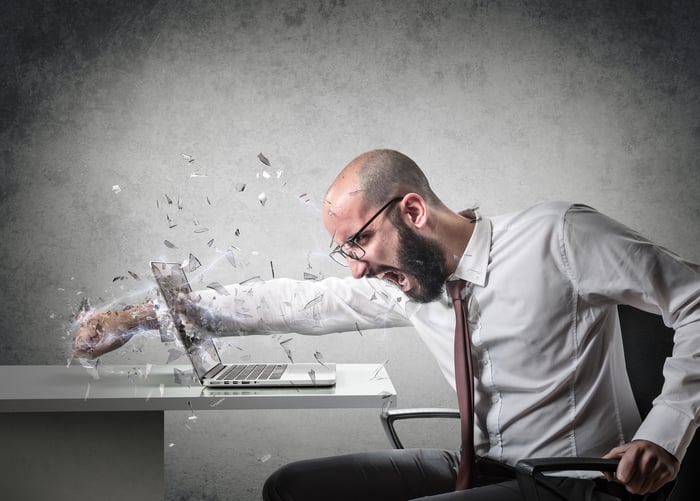 Sumo gave outlook for both the current quarter and full fiscal year. For the latter period, revenue should grow by at least 29% to land between $200.3 million and $200.8 million, with adjusted per share net loss narrowing to $0.78 to $0.79. Both estimates are above analyst projections.

It's a bit of a mystery why investors shed the tech stock Monday afternoon. It might have something to do with the odd (and unexplained) timing -- earnings releases usually take place either before or after market open.

If this is in fact the reason, it's not a good one. Despite some strong competition Sumo is poised to do well from the continued migration of IT functions to the cloud.

Is Now a Good Time to Buy Stock in Recent IPO Sumo Logic?