No matter how many times billionaire Sardar Biglari tries, the answer is always the same.

You have to give activist investor Sardar Biglari credit for persistence. Like a living embodiment of the adage "if at first you don't succeed, try try again," the billionaire hedge fund operator has again made his case to Cracker Barrel's (CBRL -0.62%) shareholders that one of his chosen representatives be given a seat on its board of directors. And again, he has been rejected.

Since 2011, Biglari Holdings (BH 7.81%) has engaged in five proxy battles and four attempts to gain a seat on the restaurant chain's board, but each time, those efforts came up short. 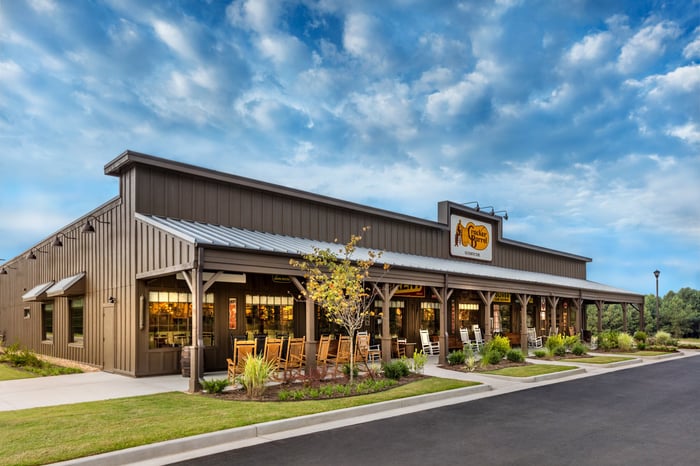 A record of failure

At Cracker Barrel's annual shareholder meeting last month, Biglari was pushing to have elected to the board Raymond Barbrick, co-CEO of The Briad Group, a franchisee of over 100 Wendy's (WEN -1.83%) restaurants, and also a developer and operator of Marriott (MAR -1.25%) and Hilton (HLT -0.56%) hotels.

While the board reviewed Barbrick's nomination, it recommended that investors reject him. According to Cracker Barrel, all 10 of the current board members running for reelection were approved "by an overwhelming margin." More than 18.4 million shares were voted at the meeting, but only 2.4 million were cast for Barbrick. Notably, Biglari Capital by itself owns 2 million shares -- about 8.4% of the restaurant company.

Biglari has tried and failed over the years to get Cracker Barrel to implement numerous initiatives, including paying a special dividend of as much as $20 per share, and putting the restaurant up for sale.

While he has taken credit for getting Cracker Barrel to make changes in its executive ranks and board, and convincing it to increase its dividend payout ratio from 24% to 87%, more than likely, any of the moves the company made came despite his agitation, rather than because of it.

Not all of Biglari's criticisms of Cracker Barrel's management and board have been entirely off base. He has advocated for the restaurant operator to focus on its primary Cracker Barrel restaurants and retail stores, and not pursue acquisitions of smaller concepts that won't meaningfully move the needle on sales or profits.

Most recently, he took serious issue with the way it handled its investment in Punch Bowl Social, an 18-store chain of "eatertainment" venues akin to Dave & Buster's (PLAY -1.31%). While Cracker Barrel originally saw its purchase of a non-controlling stake in that company as a way to "enter a new category with exposure to new guests and demographics," mainly younger consumers, the pandemic hammered Punch Bowl Social's business model.

Biglari was no fan of the original deal, but when Cracker Barrel ended up backing away and letting Punch Bowl Social collapse into foreclosure this year, he slammed that choice as well, saying it was "unconscionable that an astonishing 50% of Cracker Barrel's 2019 pre-tax earnings were destroyed by this single investment."

Certainly the coronavirus pandemic played a leading role in the chain's demise, but Biglari notes that Cracker Barrel investors were never provided with financial data about the concept. He believes management and the board rushed into investing in the chain, and made an equally hurried exit despite Congress having passed the CARES Act stimulus bill just prior to the decision.

Yet it's clear that years of drama between Cracker Barrel and Biglari have soured other shareholders' views of the billionaire investor.

Of course, many were never particularly enamored of him in the first place, and there are questions about whether he has run his own Steak 'n Shake chain to the best benefit of its other shareholders. For example, Cracker Barrel has accused him of not paying a control premium to shareholders when he took over the restaurant company and renamed it Biglari Holdings, and then of requiring the restaurant to pay him royalties for lending his name to the chain.

Cracker Barrel says Biglari has his own history of destroying shareholder value, and asserts that even before the pandemic, Bigarli Holdings' total shareholder return for the prior 10-year period was a loss of 61% compared to Cracker Barrel's own return of 520% for its shareholders over the same time frame.

There's certainly no love lost between the two sides, and despite Biglari having reduced his ownership stake in Cracker Barrel from a high of about 20% to its current 8.4%, it doesn't seem he's ready to give up his quixotic campaign.

It also seems equally likely Biglari Holdings will extend its losing streak as the other shareholders seem to mostly approve of the direction that management is taking Cracker Barrel.