Cracker Barrel is taking its brand to new consumers and restaurant segments by making a pair of acquisitions this year. But while these acquisitions grab headlines, they won't boost the company's earnings anytime soon.

Cracker Barrel (CBRL -0.62%) in its 50 years of operation, has grown steadily from its first Tennessee location, to a 660 unit chain. That size already puts the restaurant in the top ten largest casual dining chains, and investors are justified in wondering how much larger it can grow. Growth has already slowed with only six new locations planned for fiscal 2020 -- less than 1% unit growth.

Among priorities reaffirmed by CEO Sandra B. Cochran in its recent earnings call is the priority to "extend the brand" by having other restaurant concepts in its portfolio. The company began working on this priority in 2016 when it opened up its first new restaurant called Holler & Dash Biscuit House. But earlier this year it further extended the brand by acquiring a non-controlling interest in an entertainment restaurant chain called Punch Bowl Social. Not stopping there, Cracker Barrel also outright acquired the Maple Street Biscuit Company earlier this month. 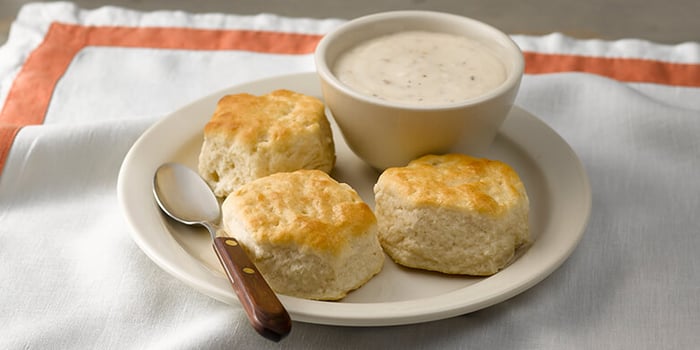 When Cracker Barrel launched Holler & Dash, it was going after a new demographic by playing to its strengths. After all, biscuits have been a big part of the Cracker Barrel breakfast menu for decades. Launching a biscuit-centric fast casual chain allowed the company to target millennials. The small seven unit concept has been well received and was even recognized by Nation's Restaurant News as a Hot Concept in 2018.

But not everyone, including activist investor Sardar Biglari of Biglari Holdings, is a fan of this direction. Biglari penned a letter requesting the company completely scrap the Holler & Dash idea. He reasons that management needs to focus on Cracker Barrel, and that Holler & Dash will never meaningfully contribute to the company's bottom line. Cracker Barrel chose to treat Biglari's letter like junk mail by intensifying its biscuity breakfast efforts. Earlier this month Cracker Barrel announced it had acquired the 33 unit Maple Street Biscuit Company for $36 million. All Holler & Dash locations will soon be rebranded as Maple Street units.

This acquisition makes a lot of sense if Cracker Barrel is committed to extending the brand with new restaurant concepts. Holler & Dash and Maple Street only overlap in one market (Charlotte), so there's no real competition between brands. And a quick glance at the menus shows that they are very similar -- right down to the goat cheese and pepper jelly. And it's not just Holler & Dash that's been recognized -- Maple Street won NRN's Hot Concepts in 2019. By owning both these brands, Cracker Barrel can take the best of both and combine them into one super concept. That's certainly reason for optimism that this brand could continue growing from here.

While operating a biscuit chain feels familiar for Cracker Barrel, how it benefits from a relationship with Punch Bowl Social is harder to envision. In July the company announced it had acquired a non-controlling interest in the 18 location, Denver-based chain for $89 million, with an option to acquire the business outright in the future. These two companies couldn't look more different, with Punch Bowl Social more resembling Dave and Buster's than Cracker Barrel. 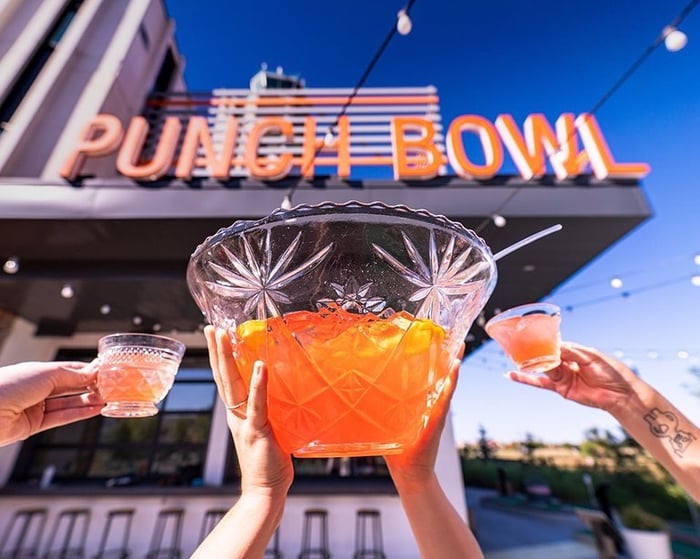 The benefit for Punch Bowl Social's business is apparent, with Cracker Barrel supplying an additional $51 million in growth capital over the next couple years. But what does Cracker Barrel gain? The closest I've heard to the purpose of this investment came from Cochran when she said, "it give us an opportunity to enter a new category with exposure to new guests and demographics..."

Going back to Biglari's concerns, it is fair to wonder how meaningful these acquisitions can ultimately be. Consider that Cracker Barrel's overall net income for fiscal 2019 was $223 million. With Maple Street, each restaurant currently brings in around $1 million in revenue and management hopes for 17% margin. At those numbers it needs to operate over 130 Maple Street locations just to move the company's combined bottom line 10%. Punch Bowl Social's potential contribution is even harder to predict until we know whether Cracker Barrel will acquire it outright or not.