This was a banner year for tech IPOs. Investors in 2020 flocked to companies like Snowflake and Unity Software, which generated impressive growth and were well-insulated from the pandemic. And 2021 could be another hot year for tech IPOs, as unicorns like Robinhood, Instacart, Stripe, and Nextdoor mull big initial public offerings.

But one of these potential IPOs captures my interest more than the others: Bumble, Match Group's (NASDAQ:MTCH) biggest competitor in online dating. Let's take a look back at Bumble's origins, how it keeps growing in Match's shadow, and why it could be a red-hot IPO next year. 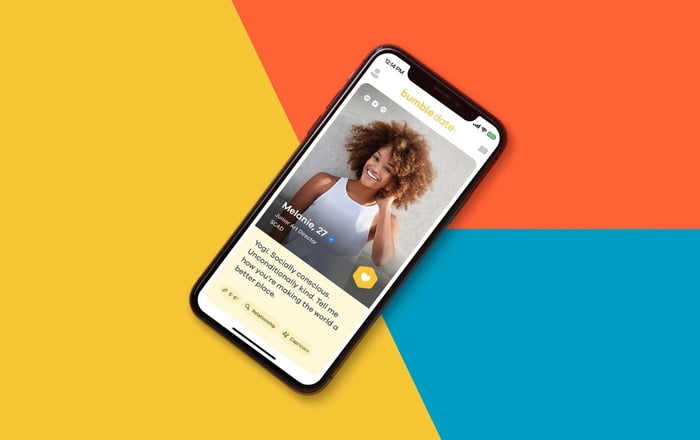 In 2014, Wolfe Herd left Tinder and filed a sexual harassment lawsuit against Mateen, which was settled later that year. Shortly afterward, she founded Bumble, a female-oriented dating app that only lets female users initiate conversations in heterosexual matches. (In same-sex matches, either person can make the first move.)

Several of Tinder's employees, including Chris Gulczynski and Sarah Mick, joined Wolfe Herd at Bumble. Those departures, along with the similarities between Bumble and Tinder's swiping mechanisms, sparked several ugly lawsuits between the two companies, which were finally settled this June with an "amicable resolution."

It's growing faster than Tinder

Bumble's number of users grew from 40 million in 2018 to 100 million in mid-2020. In August, Sensor Tower ranked Bumble as the world's second-highest-grossing dating app after Tinder.

The firm estimates that Bumble generated $22.7 million in gross revenue in August, up 16.8% from the previous year. Tinder's revenue rose 7.8% year over year to $83.5 million. Bumble won't overtake Tinder anytime soon, but its faster growth rate indicates it has plenty of room to run.

Sensor Tower claims Bumble generated about 77% of its revenue from the U.S., while Tinder only generated 41% of its revenue domestically. Bumble already offers its app in multiple languages, and it could aggressively expand overseas if its growth in the U.S. cools off.

Bumble has expanded beyond online dating with Bumble BFF, a matching service for friends, and Bumble Bizz, which lets professionals connect to each other. 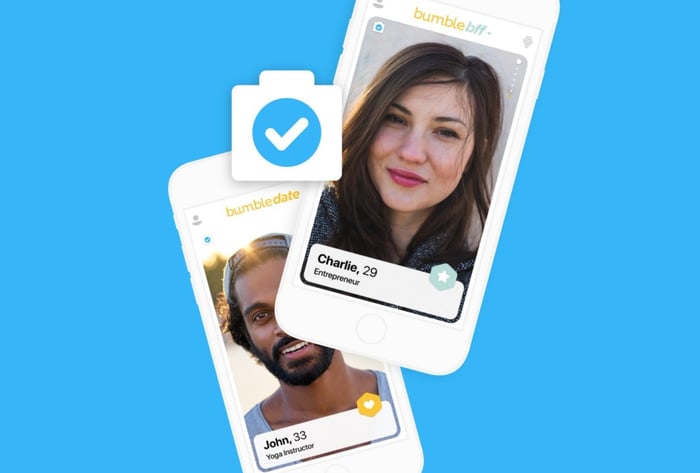 It also added video calls to all its platforms last year. In July, Bumble's VP of strategy Priti Joshi noted there was an "84 percent increase in video calls that were placed between users" during the pandemic. Tinder only started testing out video calls this July.

Bumble's expansion beyond online dating could eventually make it a more diversified social network than Tinder and Match's other dating platforms. Those new services could unlock new opportunities to generate fresh revenue via ads, subscriptions, or add-on services.

How does Bumble make money?

Boost grants users unlimited swipes, the ability to undo swipes, five weekly "SuperSwipes" to get a person's attention, a weekly "Spotlight" to promote their own profile, and the option to extend matches and connections after they expire.

Premium includes the Boost perks while adding the abilities to see who likes you right away, swipe outside your home region, turn your profile invisible, and apply unlimited filters to your matches.

Boost costs about $8 per month if you sign up for six months at a time, while Premium costs about $22 per month with a three-month plan. Those prices are roughly comparable to Tinder's Plus and Gold tiers, which fluctuate based on a user's age, gender, sexual orientation, and region.

Tinder's business model is firmly profitable since it generates most of its revenue from sticky subscriptions. Therefore, Bumble's business should look similar when it goes public.

What do we know so far about Bumble's IPO?

Last month, Bloomberg claimed Bumble could file its IPO in the first quarter of 2021 with a target valuation of $6 billion to $8 billion. It reportedly generated $240 million in revenue last year, which suggests the company could debut at about 20-30 times trailing sales.

That valuation might seem steep, but it'd still be cheaper than some other recent tech IPOs. Bumble's price-to-sales ratio could contract quickly if it's still generating double-digit revenue growth, and it could be more profitable than other high-growth tech companies.

Bumble could also attract a lot of takeover interest before and after its market debut. Match would obviously be the most interested, but it could also attract attention from Facebook (NASDAQ:FB), which rolled out its own dating platform over the past year.

All these factors make Bumble my top tech IPO to buy in 2021. I'll revisit this company after it files its IPO paperwork, so stay tuned for additional details.