Shares of Unity Software (NYSE:U) rose 60.2% in November, according to data from S&P Global Market Intelligence. The video game development engine stock benefited from a strong quarterly report and momentum for the broader market. 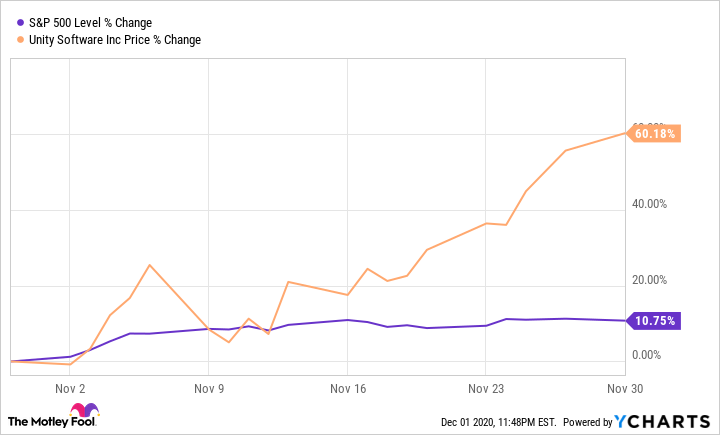 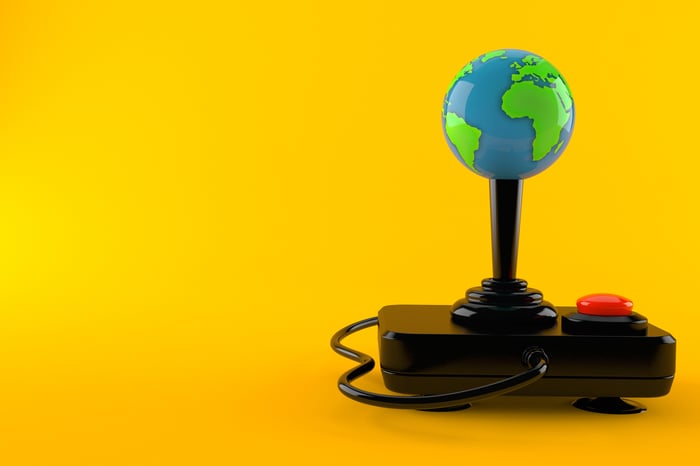 Unity's revenue climbed roughly 53% year over year in the third quarter, and the company posted a loss from operations of $141.7 million -- 70.6% of sales. In the prior-year quarter, the company posted an operating loss of $41.7 million -- or 31.9% of revenue for the period. However, the proportional surge for the company's operating loss as a percentage of revenue stemmed from a one-time charge related to the company's recent initial public offering (IPO). Overall, it was a strong quarter for the game engine company.

The stock also appears to have gotten a boost from favorable analyst coverage. DA Davidson analyst Franco Granda published a note on the stock on Nov. 16, maintaining a "buy" rating on the stock and raising his one-year price target from $100 to $115 per share.

Unity Software has continued to climb in December. The company's share price has risen 2.5% in the month so far. 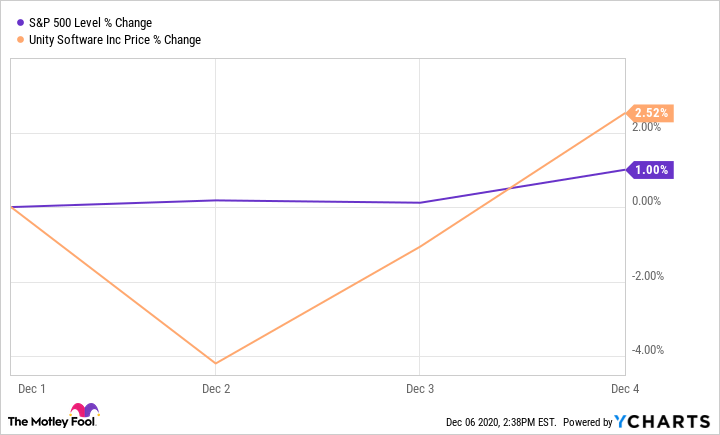 Unity has a market capitalization of roughly $41 billion and is valued at roughly 53 times this year's expected sales.