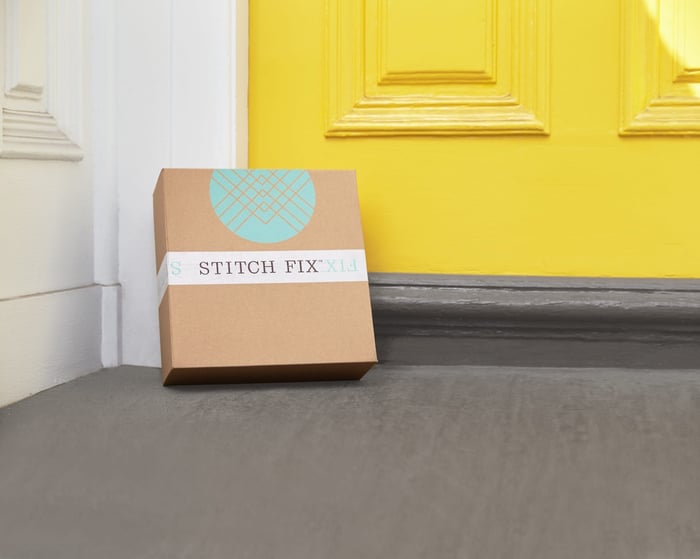 Shares jumped yesterday after Stitch Fix posted better-than-expected revenue in the first-quarter report and offered strong full-year guidance, signaling that revenue could grow as much as 40% in the second half of the fiscal year as it laps the early impact of the pandemic.

The stock came into the earnings report with 41% of its float sold short, setting up what appeared to be a massive short squeeze yesterday. Nearly 24 million shares changed hands, close to half of its float and the most of any session in the past year.

That's also eight times higher than its average daily volume. With 22 million shares sold short coming into the report, it seems likely that a lot of those trades were bears covering their bets as it's now clear that Stitch Fix has overcome the challenges of the pandemic.

Today, the stock seemed headed for similarly high volumes as more than 10 million shares had already been traded by 12:30 p.m.

Stitch Fix has been a battleground stock since its IPO three years ago, and the stock has a tendency to swing wildly on its earnings reports, often by double digits. However, even by those standards, this week's movement has been extreme, as the stock is now up nearly 60% over the last two days.

Bears have argued that the stock's business model is faddish and it has a high churn rate, but Stitch Fix's own results say otherwise. The company just had its biggest quarter of sequential active client growth, up by 241,000, and it has a sticky business model as most of its customers get Fixes on an "autoship" basis at regular intervals, most often monthly.

Factor in the company's innovation and its expanding Direct Buy program, and you can see why the shorts are getting burned today by this unique growth stock.