Shares of CleanSpark (NASDAQ:CLSK) have popped today, up by 13% as of 12:15 p.m. EST, after the company announced that it is acquiring ATL Data Centers, a bitcoin miner. The news comes as bitcoin prices have rallied to all-time highs this year, topping previous records set in 2017.

CleanSpark is acquiring ATL for $19.4 million in an all-stock deal. CleanSpark specializes in microgrid software and says that it can deploy those services at ATL to create energy savings and expand total power capacity while also reducing greenhouse gas emissions. Mining bitcoin is notoriously a very energy-intensive process, and CleanSpark believes that its software can mitigate that issue by designing and installing multiple microgrids at ATL's facility. 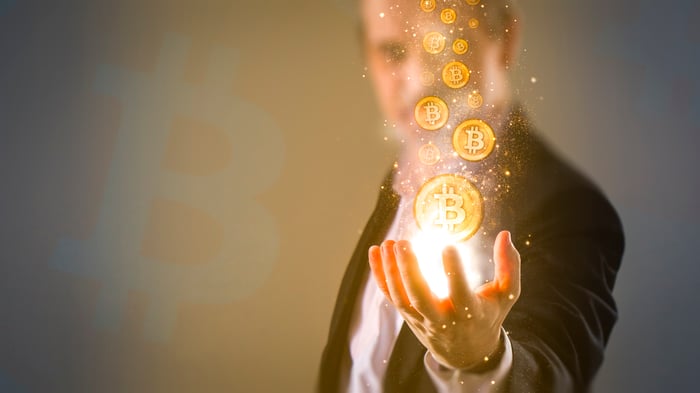 The acquisition is just the first part of a larger growth plan after closing a $40 million public offering a couple months ago, according to CleanSpark.

CleanSpark plans to expand the power capacity at the location from 20 MW to 50 MW, which is expected to be completed in April. The company will then add renewable energy generating assets and energy storage, while quadrupling the number of mining units at the facility. The company hopes to use the facility to demonstrate the savings that its software can generate in power-intensive applications, which will encourage additional sales to other customers.

Many cryptocurrency stocks have soared in 2020 due to the rising price of the digital assets, and CleanSpark is jumping on the bandwagon. The company says the deal will make it one of the largest publicly traded bitcoin producers in the U.S.