Nike, Inc. (NYSE:NKE) has spiked this year to levels never seen before, but at least one analyst thinks it's heading even higher. KeyBanc initiated its coverage of the athletic manufacturer today with an upbeat bull case, assigning a $174 price target which is more than 27% higher than the $136 to $137 Nike's shares are valued at in Friday morning trading today.

Analyst Matthew DeGulis said in his research note Nike "is near all-time highs, but we think the company's scale and investments in 2x speed will ensure more full-priced sales and its digital shift will enable long-term revenue and margin growth." KeyBanc's bullish assessment of the footwear giant and its price target are based around the assertion that Nike's move toward e-commerce isn't yet fully realized in its actual share price. 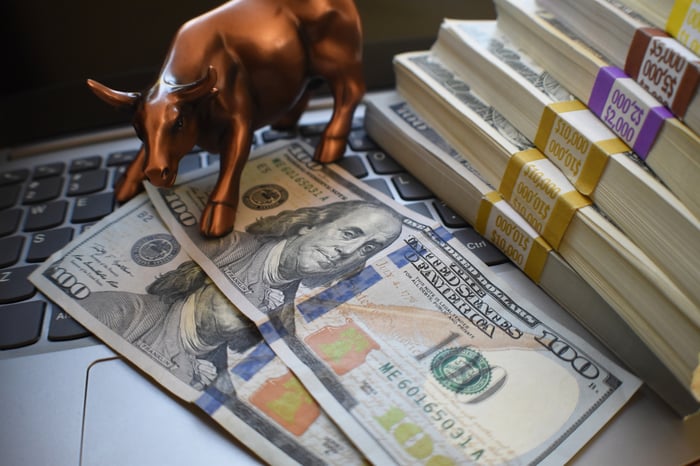 Nike has enjoyed enough success this year, despite taking a severe gut-punch from COVID-19 in March, to recently announce a 12% boost to its dividend. KeyBanc is hardly the only analyst to see a bright future of growth for the enterprise -- in fact, most of Wall Street is bullish on the stock.

On the topic of KeyBanc's optimism about Nike's e-commerce model, Fortune reported back in late September the company hit its online growth goals three years early thanks to its success in 2020. At that point, Nike's e-commerce represented 30% of its business, a threshold it originally aimed to achieve by 2023, and had risen 83% year over year.