Please ensure Javascript is enabled for purposes of website accessibility
Free Article Join Over 1 Million Premium Members And Get More In-Depth Stock Guidance and Research
By Keith Speights - Dec 11, 2020 at 11:42AM

The company's hepatitis B vaccine received good news in Europe.

Shares of Dynavax Technologies ( DVAX 2.20% ) are jumping today, up 7.5% as of 11:23 a.m. EST, after the company announced that the European Medicines Agency's Committee for Medicinal Products for Human Use (CHMP) recommended approval for hepatitis B vaccine Heplisav-B.

CHMP's positive recommendation is great news for Dynavax because it bodes well for the company's prospects of winning European approval for Heplisav-B. The hepatitis B vaccine has been on the market in the U.S. since 2017. 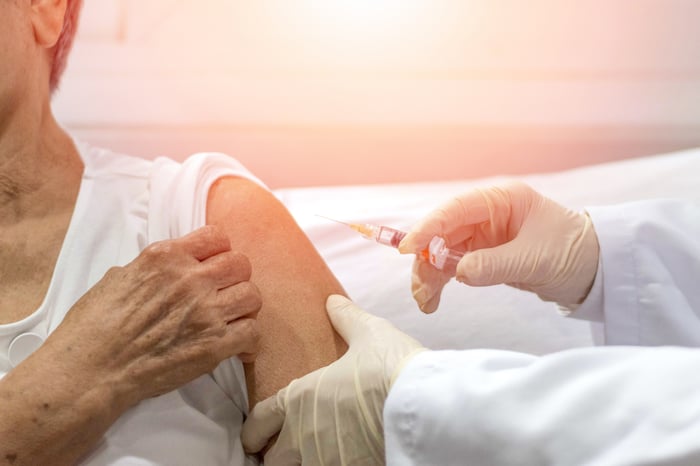 So far this year, Heplisav-B has generated U.S. sales of more than $26 million. The European Union's population is roughly 35% bigger than the U.S. population. Should Heplisav-B go on to win EU approval, Dynavax's potential market will increase dramatically.

Vaccination for hepatitis B is also arguably more critical than ever before. More than 250 million people have been infected by hepatitis B globally, with transmission of the virus increasing. It is at least 50 times more infectious than HIV.

While Dynavax's shares enjoyed a big pop today, the momentum for the biotech stock might not be over. The European Commission is now set to review the CHMP recommendation for Heplisav-B. A decision on approval for the vaccine is expected in the first quarter of 2021.