The tech sector has performed especially well in 2020, thanks to investors flocking to technology companies that they believed could grow during a recession and pandemic. But which companies will continue growing long after 2020 is a distant memory?

Crystal balls are out of stock these days, but there are a handful of tech stocks that are performing well now and should continue doing so for years to come.

Here's why Amazon (NASDAQ:AMZN), HubSpot (NYSE:HUBS), and Appian (NASDAQ:APPN) should be three tech stocks on the top of your buy list. 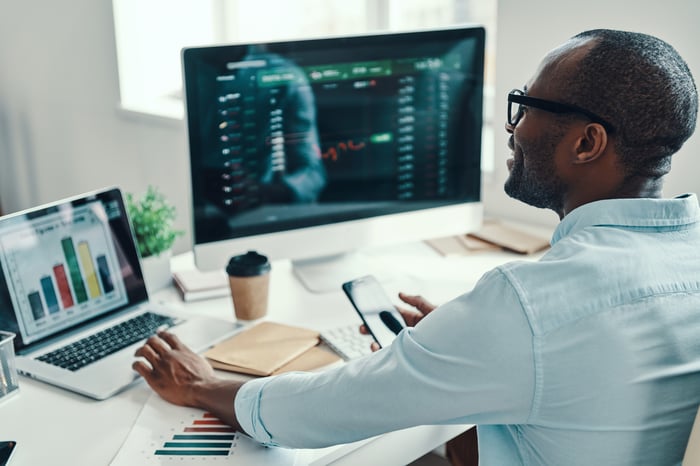 Amazon's stock currently trades around $3,163 per share, so investors may have to buy fractional shares if their budget is limited to $3,000, but it'll still be a worthwhile investment. Here's why.

Consumers' increasing demand for e-commerce has fueled some of Amazon's growth, pushing North American sales up 39% in the third quarter and leading the company to hire 400,000 additional employees this year.

These results are just one example of how Amazon has grown during challenging times. But even after things return to relative normality, it is in a fantastic position to continue growing. And one way it'll do so is through Amazon Web Services (AWS).

AWS holds about 33% of the cloud infrastructure market, which easily beats its closest competitor, Microsoft, which has just 18%. AWS is important to Amazon because it has an operating margin of 30.5%, far more than the company's North American e-commerce segment, which has just a 3.8% margin. This means that it makes far more operating profit from AWS than it does from its e-commerce sales, making AWS one of the company's most important segments.

Shares are up 71% this year, but the company's dominant position in the e-commerce market and its leading position in the cloud infrastructure market give it lots of potential for future growth.

HubSpot helps companies connect with customers through its relationship management platform. It's a niche market to be sure, but HubSpot is one of the best companies in the space, and its current growth proves it.

Sales jumped 32% in the third quarter, and the company increased its customer count by 39% year over year despite the pandemic. The company reported adjusted earnings of $0.28 per diluted share, which easily beat analysts' consensus estimate of $0.13.

The beauty of HubSpot's business comes from offering a freemium model, where customers can sign up for free services and then upgrade to paid services as they need them. This model has proved especially effective for HubSpot. Research from Morningstar shows that two-thirds of the company's annual recurring revenue now comes from customers that started as free users.

While the economic effects of COVID-19 temporarily pushed down HubSpot's average revenue per customer from around $10,000 to $9,669 in the third quarter, the figure is already rising sequentially, up from $9,466 in the second quarter.

The more that HubSpot's customers get intertwined with the company's services, the harder it is for them to switch to another rival. This means that the more new customers HubSpot gains, the more opportunity it has to sell new services to them for years to come. 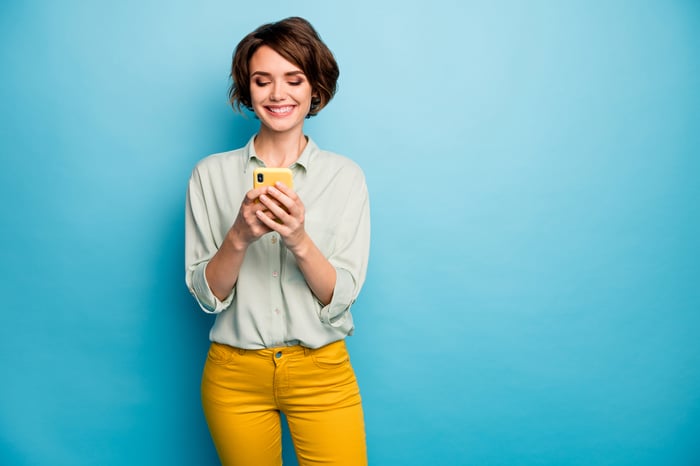 Appian doesn't generate the big headlines that some tech companies do, but don't underestimate the impact that this quiet company is having in the tech space. Appian's low-code software development platform allows companies to make apps with very little code writing, helping them to quickly get their apps up and running.

Sales increased by 17% in the third quarter, a seemingly modest gain to be sure, but it's only part of the story. Investors should focus their attention on the company's cloud subscription revenue, which increased 40% year over year. Appian's customers continue to spend more money with the company, pushing the retention rate for cloud subscription revenue to 115% in the quarter. And subscriptions generated significant gross profit margins for the company, which reached 90% in the third quarter, up from 89% in the year-ago quarter.

The company estimates its cloud subscriptions will increase by 35% in the fourth quarter, and management said full-year sales in this segment will rise 34% year over year.

Appian also continues to improve its bottom line, with adjusted earnings reaching breakeven in the third quarter, a big improvement from the loss of $0.18 per share in the year-ago quarter.

Investors looking for a young tech stock that's helping to usher in an app boom should give Appian consideration, especially after the company has proved that it can thrive during tough economic times.

Finding great companies to invest in is only the first step to building long-term wealth. The companies mentioned here will likely see their stock prices fluctuate based on quarterly earnings, shifting investor sentiment, and macroeconomic impacts. But holding on to these stocks for several years, and not selling when a bit of negative news comes along, could be a boon to investors' portfolios.