Please ensure Javascript is enabled for purposes of website accessibility
Free Article Join Over 1 Million Premium Members And Get More In-Depth Stock Guidance and Research
By Zhiyuan Sun - Dec 12, 2020 at 7:11AM

Investors are very excited about this mid-cap pot grower's potential.

Cronos Group ( CRON 1.57% ) is a company that has captivated the attention of marijuana investors ever since tobacco-giant Altria Group ( MO -1.93% ) purchased a $1.8 billion stake back in 2019. In the past three months, Cronos stock is also up by almost 55%, aided by speculation that marijuana could finally be federally legalized under the upcoming Biden administration.

If pot were to be legalized in the U.S., it would greatly accelerate the company's efforts to expand into what could be the largest legal marijuana market in the world. Is Cronos the right choice for investors at the moment, or are there better alternatives to consider? 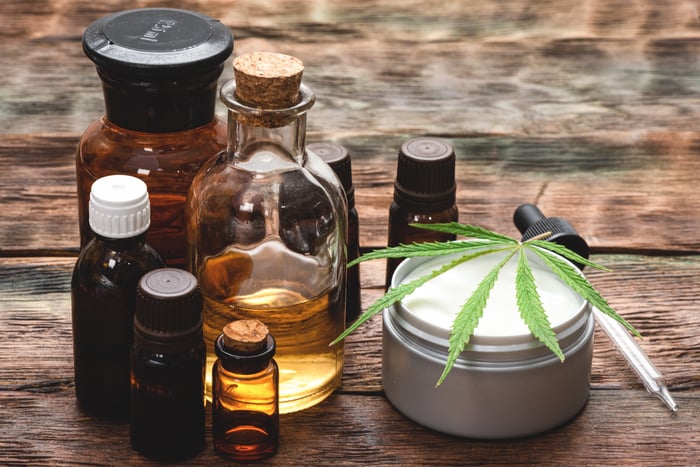 During Q3 2020, Cronos grew its revenue by 96% year over year to $11.36 million. The company offers consumers a variety of cannabidiol (CBD), dried cannabis, vape, oils, and cannabis infused wellness products. While that revenue number may seem impressive, it really isn't.

The company could not make back its material and labor costs, as it recorded a negative gross profit of $1.5 million. The top competitors in the field, Aphria ( APHA )( APHA ) and Canopy Growth ( WEED -2.63% )( CGC -3.16% ), have positive margins. They both outrank Cronos on the leaderboard of the Canadian marijuana industry (in terms of market share).

Cronos also increased its operating expenses by about 40% year over year to $41.2 million as it directed its expansion efforts down south. Despite losing more than $3.6 for every $1 in revenue, Cronos paid out a whopping 70% of its sales in stock compensation, amounting to $7.9 million. The company expected massive success in this new venture. However, the new reality doesn't match the original expectations.

When a company issues more stock to award its employees, it is increasing the total amount of shares outstanding and diluting existing investors. The high ratio of shares issued despite lackluster performance is quite concerning.

Remember the Altria deal from before? Well, that agreement, which should have helped Cronos with international expansion, has not been living up to expectations at all. In Q3 2020, the company's U.S. sales amounted to $1.6 million, representing a 143% year over year increase. However, it achieved that metric at the cost of $12.2 million in operating losses for the same segment.

The loss mostly represents general and administrative expenses, as well as stock compensation severance packages given to its Lord Jones subsidiary. Back in 2019, Cronos acquired CBD company Lord Jones for $300 million, representing a frightening 75 to 150 times premium over the firm's 2018 sales. This June, the CEO of Lord Jones left the business. In its Q3 2020 earnings call, Cronos management made it clear that they weren't happy: "We aren't pleased with our performance in the U.S".

Cronos has to treat its financial health before it can do anything else. Right now, the company has over $1.3 billion in cash and equivalents leftover from the Altria investment and no debt whatsoever. As a result, there is little risk that the company has to sell more of its stock in bulk to raise more cash for its expenses.

Unfortunately, Cronos is arguably the most expensive pot stock in the entire sector, with a staggering valuation of more than 83.4 times revenue. That's a huge premium, considering the fastest growing cannabis companies in the industry are trading between 12 to 39 times sales. Even though its price-to-book (P/B) value stands at just 1.7, keep in mind that more than half of Cronos' $1.9 billion total assets consist of cash and equivalents. .

It would be great if the company is putting that cash to use to make a profit. As stated previously, however, Cronos' operating loss stands at about $40 million per quarter, which would result in its large cash pile would dwindle over time. So one should not be drawn by its low price-to-book value. For the sake of argument, if the company only had about 20% of its assets in cash and the rest in intangibles, acquiring high-growth competitors, or in property and equipment, that would be a better use of capital.

Due to its high valuation, steep financial losses every quarter, and lavish stock compensation expenses, there is just no compelling reason to buy Cronos stock. To make matters worse, it would be incredibly difficult for the Biden administration to legalize marijuana nationwide sometime in the next four years. It may only go as far as decriminalizing it, which would still prohibit foreign companies like Cronos from exporting its cannabis into the U.S. For these reasons, I'd recommend marijuana investors stay far away from the stock and looking for more compelling choices in this risky sector.

This Canadian Cannabis Company Just Made a Big Move Toward U.S. Success