Shares of ArcelorMittal (NYSE:MT) jumped Tuesday afternoon, and are currently up a whopping 9.9% as of 1:30 p.m.

There are two good reasons for this. 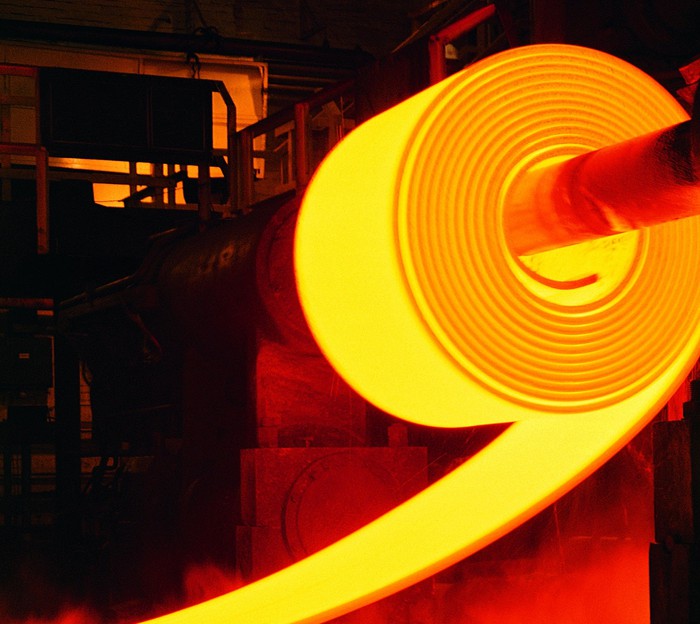 First and most obviously, there's the upgrade. This morning, French investment bank Societe General upgraded Arcelor shares to buy. Even more significant than the upgrade, though, is the price target Societe General attached to its upgrade: 32.50 euros ($39.53), or more than three times the bank's previous valuation of 10.30 euros.

SG cited "successful deleveraging and derisking" in the steel industry in general as the reason for its upgrade, according to TheFly.com. Additionally, the analyst sees steel and iron prices soaring, and predicts this will boost profits at the steelmaker, which has reported six straight money-losing quarters so far, according to data from S&P Global Market Intelligence.

Nor is Societe General the only one to think this scenario likely. In fact, this morning's Wall Street Journal featured a sizable story explaining how "a long, pandemic-driven slump in steel demand" has given way to "resurgent orders" for steel. To meet the jump in demand, U.S. steelmakers have already brought back online most of the "one-third of domestic production" that were shut down earlier in the pandemic -- and there's still not enough capacity to meet demand.

Result: Steel production is surging, but so too are steel prices, and hot-rolled sheet steel at $900 a ton is now twice what it cost in early August.

This is good news for Arcelor, which makes the stuff. Whether it's good enough news to justify a stock price that has nearly tripled since the lows of this past March remains to be seen, and will depend on whether the company can successfully turn rising revenue into rising profits, and break a year-and-a-half track record of losing money.