Please ensure Javascript is enabled for purposes of website accessibility
Free Article Join Over 1 Million Premium Members And Get More In-Depth Stock Guidance and Research
By Leo Sun - Dec 16, 2020 at 9:44AM

The two tech giants were just fined for unapproved and unreported acquisitions.

Last month, China's State Administration for Market Regulation (SAMR) drafted new antitrust rules aimed at the country's largest tech companies. It didn't call out any companies at the time, but it declared it would weed out "monopolistic practices" like price discrimination, the use of exclusive agreements to lock in merchants, and the compulsory collection of user data.

At the time, many analysts speculated the new rules would affect Alibaba ( BABA -8.23% ) and Tencent ( TCEHY -4.94% ) the most. Those predictions recently came true, as regulators fined both tech giants and the logistics company SF Holding.

Let's see if Alibaba and Tencent's investors should be concerned.

What happened to Alibaba?

The agency fined Alibaba's investment arm 500,000 yuan ($76,472) for not seeking government approval before buying a 73.8% stake in the department store chain InTime Retail via three deals between 2014 and 2017. That deal violated an antitrust guideline set in 2018, which required government approvals for mergers that generated over 2 billion yuan ($310 million) annually in China or 10 billion yuan ($1.5 billion) globally. 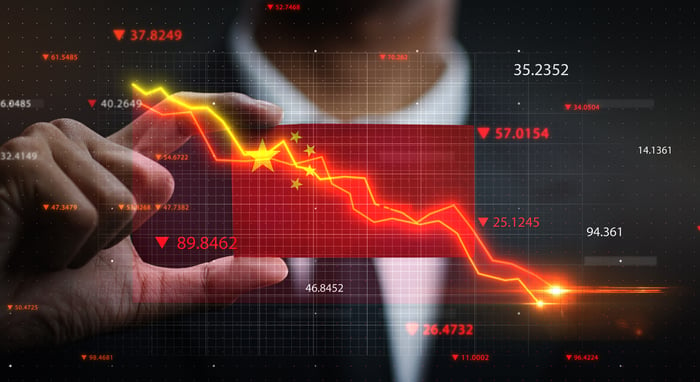 That fine is a minor slap on the wrist for Alibaba, which is expected to generate $107.9 billion in revenue this year. However, it signals the government might be reluctant to approve Alibaba's future investments in brick-and-mortar retailers.

Four years ago, Alibaba opened its first Freshippo grocery store in China, and the chain now operates 222 stores across the country. It also owns big stakes in the electronics retailer Suning, the supermarket chain Sun Art ( SURRY 0.00% ), and the home furnishings retailer EasyHome.

Earlier this year, it doubled its stake in Sun Art to 72%, which gave it control of the retailer's 481 hypermarkets and three mid-sized supermarkets. Its takeover of InTime added over 60 department stores to that fleet. 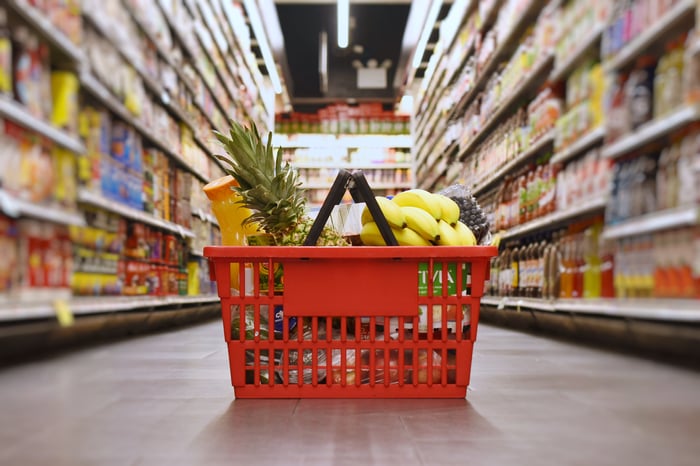 Alibaba is expanding its brick-and-mortar presence for two reasons. First, those stores strengthen its e-commerce ecosystem by fulfilling online orders and tethering users to its affiliate Ant Group's AliPay payments platform. Second, they support its "New Retail" segment, the core growth engine of the "others" segment, which generated 17% of its revenue last quarter.

The growth of those newer businesses, which include direct sales platforms like Tmall Supermarket, offsets the slower growth of its main Taobao and Tmall online marketplaces.

Alibaba's core commerce revenue rose 29% year over year last quarter. Within that total, the segment's "other" revenue rose 44% while its customer management revenue (from commissions and listing fees on its main marketplaces) grew just 20%.

Therefore, the government's fine itself is meaningless, but future restrictions on Alibaba's brick-and-mortar investments could throttle the growth of its core commerce business, which generates most of the company's revenue and all of its profits.

What happened to Tencent?

Tencent's e-books subsidiary, China Literature, was slapped with another 500,000 yuan fine for failing to report its purchase of New Classic Media, a producer of TV shows and movies, in 2018. Tencent owns 59% of the company, which went public in Hong Kong three years ago.

That tiny fine won't hurt Tencent, which is expected to generate $72.7 billion in revenue this year. But it could rein in the expansion of its WeChat messaging platform, which locks in over 1.2 billion monthly active users with millions of integrated Mini Programs for payments, online orders, games, and other services.

Tencent aggressively tethers first-party and third-party apps, including China Literature, to that data-sharing ecosystem. Therefore, the move against China Literature could prevent other subsidiaries and affiliates, including Tencent Music and WeChat Pay, from expanding further via acquisitions.

If that deal is blocked, Tencent's other ecosystem-building ideas -- including its rumored interest in buying a stake in Baidu's streaming platform iQiyi -- could quickly fizzle out. Those restrictions could make it tough for Tencent to leverage the strength of WeChat to enter new markets and affect all four of its main businesses -- video games, online advertising, social networking, and business and fintech services -- over the long term.

Alibaba and Tencent already face concerns about new auditing standards and potential stock de-listings in the U.S., and the recent pressure from Chinese regulators is causing more headaches.

But neither headwind is as fierce as it seems: Chinese companies still have three years to comply with the new auditing rules in the U.S., while the recent fines and probes in China are merely warning shots against pursuing unapproved investments and acquisitions in the future.

Meanwhile, Alibaba and Tencent's core businesses remain strong. Alibaba's core commerce and cloud businesses are still generating double-digit sales growth, and Tencent's four businesses fired on all cylinders throughout the pandemic. Investors should keep an eye on these developments, but they shouldn't sell these high-growth stocks simply because regulators are flexing their muscles.