At first glance, this has been a great year for investors in Facebook (NASDAQ:FB). As of this writing, Facebook's 33% year-to-date stock price gain is nearly three times greater than the S&P 500's return during the same period. Despite the strong performance, it's been a difficult year in Menlo Park, California, as the company finds itself increasingly in the crosshairs of government regulators.

At the federal level, President Donald Trump issued an executive order in May to overturn Section 230 of the Communications Decency Act, a provision that protects social media companies against lawsuits related to content posted on their sites. In a move that raised the ante on earlier threats, Trump announced he would veto the yearly defense bill if Section 230's repeal was not included in the legislation.

As the biggest news distribution outlet in the world, it was likely Facebook would eventually clash with a president who's pugilistic attitude toward anything or anyone who challenges him is part of why his supporters like him, but what's notable is the significant erosion in support for the company from Trump's detractors as well. Early this month a consortium of attorneys general for 46 states, the District of Columbia, Guam, and the FTC filed an antitrust suit seeking to break up the company.

As the company faces increased regulatory threats and lawsuits, founder Mark Zuckerberg should consider if it's time to step aside as CEO of Facebook. 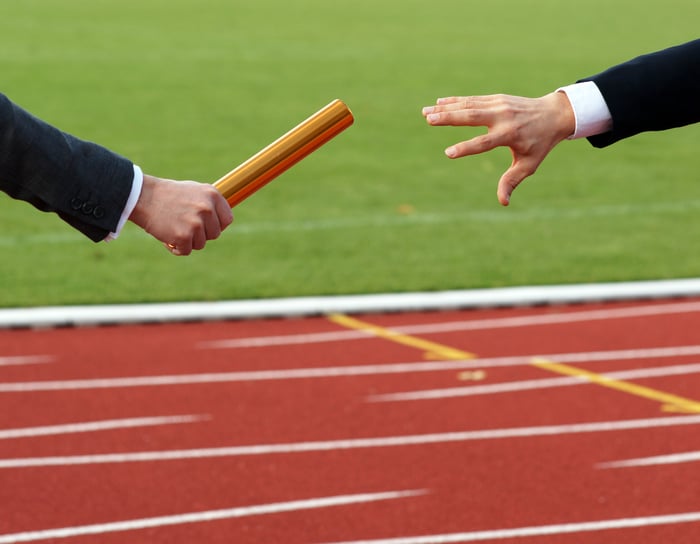 It's clear the bigger risk to Facebook currently is the antitrust lawsuit originating at the state level, but even it's an odd case. Led by New York Attorney General Letitia James, the antitrust lawsuit seeks to revisit prior corporate acquisitions -- Instagram in 2012 and WhatsApp in 2014 -- that were approved by the U.S. government.

More telling was AG James' retweet of U.S. Rep. Alexandria Ocasio-Cortez's (D-New York) statement that Facebook "abused its market power to ... manipulate democracies and crush journalism." It's apparent that U.S. politicians have broader concerns with Facebook than five-year-old acquisitions, and the fact that nearly every state attorney general signed on points to the fact that this is a rare area of bipartisan agreement.

Suffice it to say, Facebook is entering a radically different regulatory environment, and this requires a different mindset from the C-suite. Mark Zuckerberg has been a tremendous founder and CEO, but the skillset he embodies -- "Move fast and break things" -- might no longer be the right one for a company that now controls the digital publishing industry and essentially dictates the national conversation.

Facebook is no longer a scrappy start-up. Instead, it's the biggest, most influential social media company in the world. As such, what Facebook needs is not a growth-oriented mindset, but rather a CEO with a level of emotional intelligence that rivals Mahatma Gandhi's and who can balance the needs of a long list of critical stakeholders, politicians being key among them.

If anybody thinks this means Zuckerberg will have no influence, think again. He will remain as Board Chairman and maintain his dual class of shares that gives him a majority of voting rights. Simply put, no big decisions will be made without his approval.

Recently, there's been a host of op-eds attacking Zuckerberg for seemingly everything wrong in American discourse, often in deeply personal framing. Let me be clear, this article is not one of them. Zuckerberg created a company from nothing that is on pace to become a trillion-dollar giant before Zuckerberg reaches the age of 40. It also made him a very young billionaire. In strict Peter Principle framing, Zuckerberg's plateau is enviable and unlikely to happen again.

However, with much power comes much responsibility: Facebook at its best is a community builder, a relationship enabler, and a connector. However, these tools can be used to spread misinformation, encourage violence, and destabilize governments. These are legitimate and hard-to-solve issues that require careful consideration.

Stepping down in favor of a new CEO isn't a failure for Zuckerberg, but rather an acknowledgment that the company has entered a new phase in its development. While his age is often mentioned, what's less discussed is that he's been the CEO since Facebook's founding in 2004, a period significantly longer than the average S&P 500 CEO tenure of 10 years.

There's also precedent in this move, most notably from early-stage Alphabet (then operating as Google) when Larry Page handed the CEO reins over to Eric Schmidt. A succession plan is never easy, but it's a critical component of a multi-generational company. Facebook should lead here by starting these discussions in earnest.