The company isn't standing still while its Alzheimer's drug is up in the air.

Biogen ( BIIB 1.38% ) had a wild 2020. In November, reviewers from the Food and Drug Administration (FDA) seemed to endorse the company's potential Alzheimer's drug aducanumab, sending the shares up 44%. A few days later, an advisory panel overwhelmingly said there was not strong evidence that the drug was effective, sending shares back down.

An official decision will come by March. While investors wait, a lot is happening at the $36 billion biotech company. 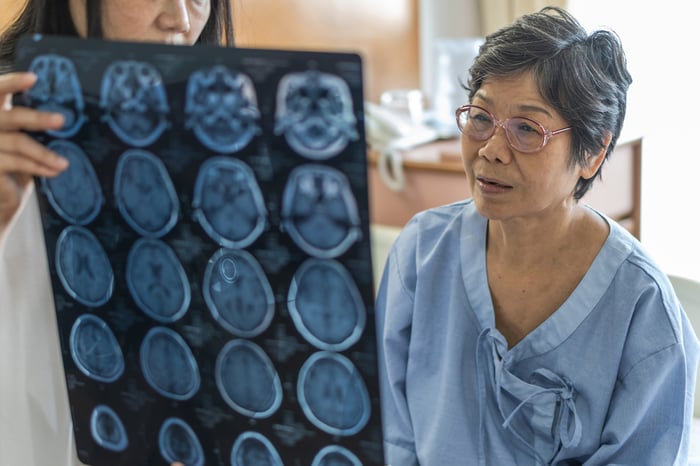 Biogen is primarily focused on neurological disorders, with most of its $14.3 billion annual revenue coming from multiple sclerosis (MS) drugs. For the first nine months of 2020, the MS drugs have declined less than 1%. But things are starting to get worse.

After two court rulings this summer, generics are hitting the market and eroding the $3.3 billion in annual sales of the company's flagship drug Tecfidera. The competition caused Biogen management to cut full-year 2020 sales and earnings forecasts in October, but they've been making deals to fill the hole.

The promise of partnerships

All of these deals also come with additional rights for Biogen that have breakthrough potential, but the market isn't giving management a lot of credit. The stock is trading at its lowest price-to-sales ratio in a decade.

While it seems there's enough potential to justify buying shares, the same could be said for Gilead Sciences when its sales peaked in 2015. I think Biogen stock is in the hold bucket for now. There'll be plenty of time to buy shares if any of the partnerships or internal programs start showing promise.