Friday looked like it would break a streak of record closes for the Nasdaq Composite (NASDAQINDEX:^IXIC), although it was still uncertain in mid-afternoon trading. Just before 2 p.m. EST, the Nasdaq was down around a quarter percent, holding up better than most other major stock market benchmarks.

Bucking the downtrend in the Nasdaq were CrowdStrike Holdings (NASDAQ:CRWD) and Magnite (NASDAQ:MGNI). Both stocks have taken advantage of popular trends in the market in 2020, and many see them as prospective candidates for further gains in 2021 and beyond. Let's look at why they were on the rise on Friday.

Shares of CrowdStrike Holdings were up more than 10% Friday afternoon, roaring to new all-time highs. The need for the cybersecurity software platform provider has already had the need for its services demonstrated more clearly than ever, and a recent incident could lead to more business for CrowdStrike. 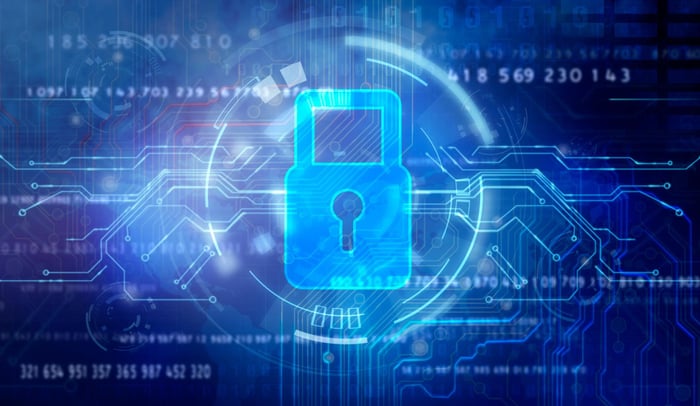 The U.S. Treasury Department and Commerce Department had their email systems hacked earlier this week, with the cyberattack apparently also having an impact on services provided by IT monitoring software specialist SolarWinds and CrowdStrike rival FireEye (NASDAQ:FEYE). With some attributing the attack to Russian intelligence, the need for effective and reliable cybersecurity has never been higher.

Analysts at Truist Securities agree, reiterating their buy rating on CrowdStrike and boosting their price target on the shares to $200 per share, up $20 from their previous figure. Truist believes that CrowdStrike is the natural alternative to FireEye for those government agencies affected by the breach, and CrowdStrike could also get business from other clients who were previously considering FireEye.

CrowdStrike shares have already risen dramatically in 2020. But with demand ever on the increase, the tech stock has a lot of room to grow even further.

Elsewhere, shares of Magnite were higher by 16%. The sell-side advertising platform provider got a vote of confidence from stock analysts, prompting greater interest in the stock.

Analysts at Susquehanna initiated coverage of Magnite early Friday, starting out with a positive rating and a price target of $30 per share. In their view, Magnite has the best opportunity to take advantage of the rise of connected TV, which is only now starting to pursue strategies for optimal monetization. Susquehanna also sees Magnite having strong leadership and having already grown to be a major player in its niche.

What Magnite does for its business largely happens behind the scenes. But the company has built solid relationships with digital publishers, giving them the ability to tap several different types of advertising channels all from a single platform. The rise of streaming video has opened up entire new untapped markets for Magnite to pursue, and many investors are excited about the prospects there.

With so many companies that work on the internet relying heavily on advertising revenue as a key part of their business models, the services that Magnite provides are essential in many cases. That bodes well for the company's future even after Friday's big jump in the share price.