If you receive Social Security benefits, you could be in for a raise after President-elect Joe Biden is sworn into office. With COVID-19 dominating headlines throughout the election, Biden's Social Security plan wasn't exactly a hot topic. Much of the attention it did get focused on fixing the program's solvency issues for future recipients.

But Biden has several proposals that would increase checks for people who currently receive Social Security benefits. Granted, with a divided Congress, he faces a tough battle. Still, expect the 46th president to advocate for these changes that could give your monthly checks a boost. 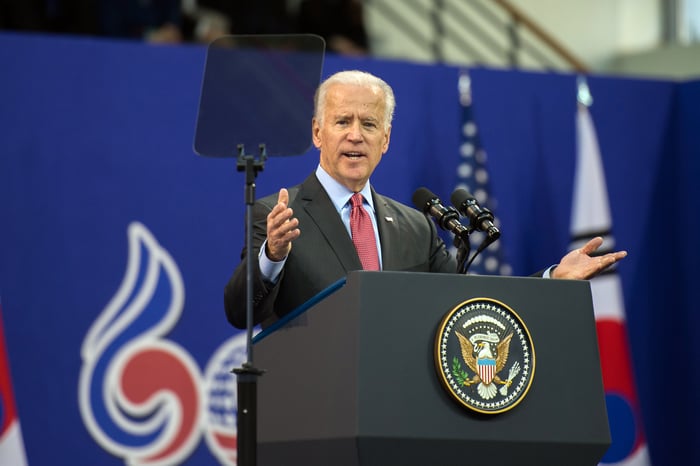 1. Changing how your COLA is calculated

Biden supports changing how cost-of-living adjustments (COLAs) are calculated to better reflect seniors' costs. Social Security currently uses the Consumer Price Index for Urban Wage Earners and Clerical Workers (CPI-W), which excludes households that don't have at least one person working. That means many retirees are left out. Compared to working-age people, retirees on average spend a higher share of their incomes on medical and housing costs, both of which rise faster than inflation.

The Biden plan would use the Consumer Price Index for the Elderly (CPI-E), which measures costs for older Americans. Using the CPI-E would only increase COLAs by 0.2 percentage points in an average year. Had the 2021 COLA been calculated based on the CPI-E, it would have been 1.5% instead of the 1.3% beneficiaries will receive, though the impact could be more meaningful when compounded over time.

2. A minimum benefit if you worked 30 years

Biden wants a minimum benefit of 125% of the federal poverty level for people with low lifetime earnings who worked at least 30 years. Based on the 2020 federal guidelines for the 48 contiguous states and the District of Columbia, someone with a 30-year work record would get a guaranteed monthly benefit of about $1,329. According to a Penn Warren Budget Model analysis, Biden's plan would also increase benefits by anywhere from 5% to 50% for a small group of people who worked between 10 and 30 years.

3. A higher benefit after 20 years

The Biden plan would increase benefits by 5% for people who have received benefits for 20 years or more. The bonus would be phased in at 1% per year, starting with the 16th year of benefits. The goal is to boost payments for Social Security's oldest recipients because they're at risk of exhausting their retirement savings.

The current Social Security rules allow widowed spouses to collect either their own benefit or 100% of the deceased spouse's benefit. For couples receiving about the same amount, that means the death of a spouse can reduce income by 50%. The result can be devastating for seniors given that some costs, like housing, don't change after one spouse has died, which is why Biden proposes raising benefits for surviving spouses by 20%.

What about future recipients?

Social Security is projected to exhaust its reserves by 2031. That doesn't mean it's going broke. The program is funded by payroll taxes, but if it spent every dollar in its reserves, it would only be able to fund 76% of its obligations using payroll taxes.

The bottom line, though: Whether you're a current or future recipient, don't expect anything too drastic after Biden is sworn into office.