Lockheed Martin (NYSE:LMT) said Sunday that it would acquire Aerojet Rocketdyne Holdings (NYSE:AJRD) for $4.4 billion, beefing up the company's space capabilities at a time when the business is under pressure from new entrants including Elon Musk's SpaceX.

Lockheed Martin is paying $56 per share in cash for Aerojet, a premium of 33% over the target's Friday closing price. The price will be reduced to $51 per share after the payment of a $5 pre-closing special dividend. 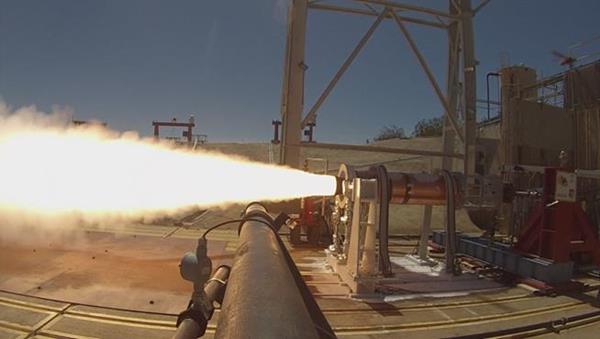 Aerojet Rocketdyne is a maker of rocket engines and other propulsion systems with $2 billion in sales. The company is already a key supplier on a number of Lockheed missiles and other products, and should help Lockheed Martin expand its expertise in key areas including hypersonics -- missiles traveling at more than five times the speed of sound.

"Acquiring Aerojet Rocketdyne will preserve and strengthen an essential component of the domestic defense industrial base and reduce costs for our customers and the American taxpayer," Lockheed Martin CEO James Taiclet said in a statement. "This transaction enhances Lockheed Martin's support of critical U.S. and allied security missions and retains national leadership in space and hypersonic technology."

The deal is Taiclet's first major move since taking over as CEO earlier this year, and follows through on comments he made on a post-earnings call back in July that he is open to acquisitions. While the Pentagon budget is expected to be flat in the years to come, space and hypersonics are two areas that are expected to receive outsize attention and spending.

Aerojet Rocketdyne has been the subject of takeover speculation since the 2018 acquisition of archrival Orbital ATK. Northrop Grumman bought Orbital for $9.2 billion to boost its own space credentials, and the combined heft of Northrop and Orbital seemingly put a stand-alone Aerojet at a disadvantage when competing for future awards.

Given the concentration of propulsion system providers, regulators are likely to take a hard look at this deal. The companies will likely point to new competition from SpaceX and others as an argument for allowing the deal.

Shares of Aerojet were down about 8% for the year prior to the announcement.